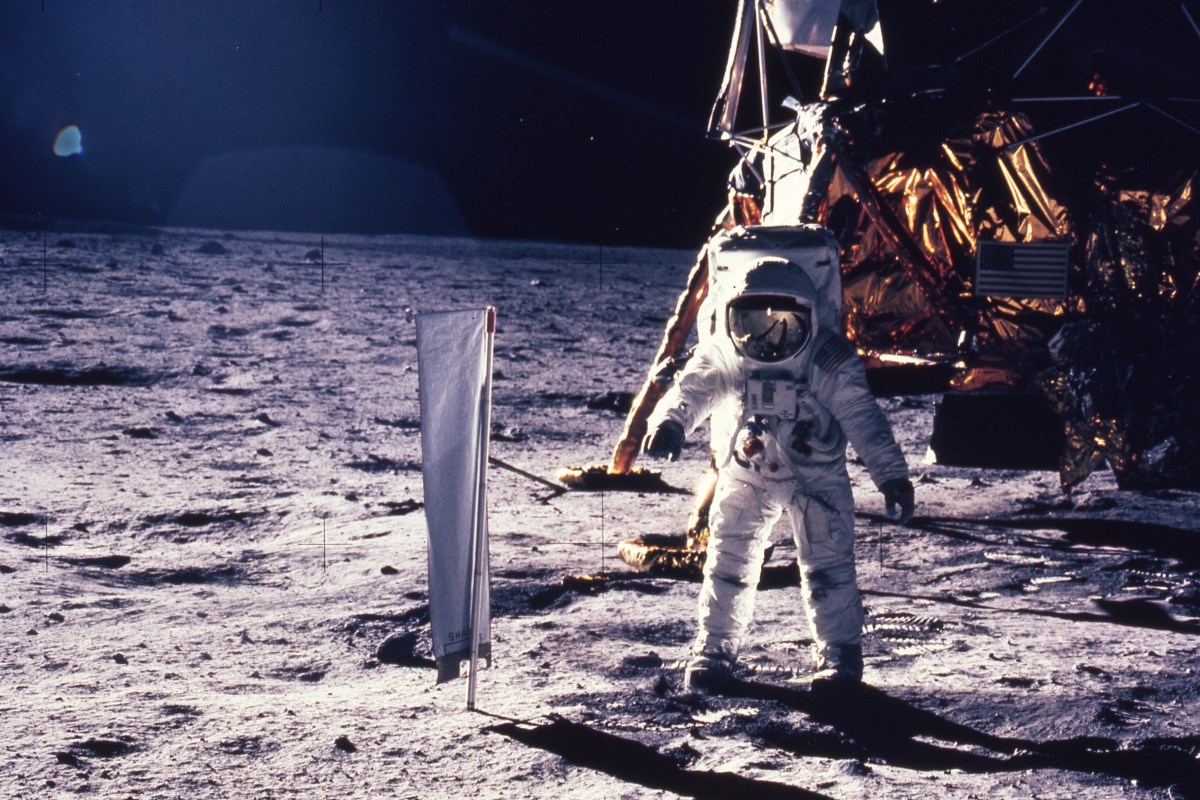 (Neil Armstrong/NASA via AP, File)
CORRECTS DATE TO JULY 20, NOT 30 - FILE - In this July 20, 1969 file photo, astronaut Edwin E. Aldrin Jr. walks on the surface of the moon. On Wednesday, Dec. 14, 2016, a federal judge in Kansas has ruled that a bag used to collect lunar samples during the first manned mission to the moon legally belongs to an Illinois woman who bought it for $995 when it was mistakenly sold during a government auction. (Neil Armstrong/NASA via AP, File)

The latest edition to the LEGO line doesn’t involve superheroes from another planet but rekindles the memories of real heroes who went out of this world. The LEGO NASA Apollo Saturn V kit lets space exploration fans assemble their own version of the rocket that launched Neil Armstrong, Buzz Aldrin and Michael Collins on their journey to the moon.

The 1,969-piece kit takes its number of pieces from the year that Apollo 11 landed on the lunar surface. When fully assembled, the rocket stands over three feet tall. The kit can also be broken up into three stages, just like the real rocket. It also contains a lunar lander and three ?mini-fig? astronauts. The LEGO website touts the kit as letting users, “Build the first rocket to land people on the moon!”

RELATED: Jimmy Kimmel had Will Arnett face true terror by walking barefoot across a pile of Lego bricks

LEGO has labeled the NASA Saturn V kit as intended for users 14 years of age or older, due to the number of parts and the intricate details involved in assembling it as intended. The 200-page instruction book also contains a history of the Apollo program and profiles of the designers of the kit.

RELATED: Someone made a Lego guitar that you can actually play and you?ve got to see it in action

The kit has a retail price of $119, but many stores are reporting that they are out of stock. Demand for this unique LEGO kit has spurred a secondary market for both LEGO completists and Apollo program memorabilia collectors.