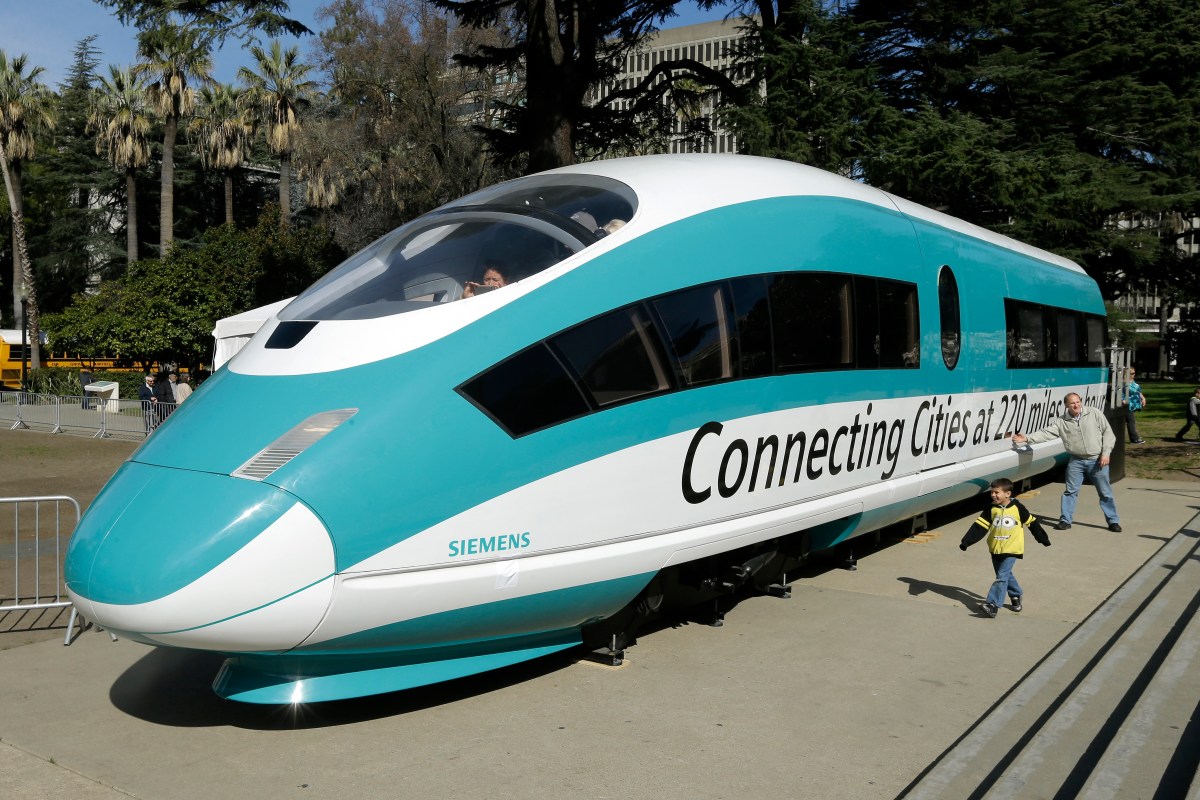 AP Photo/Rich Pedroncelli, File
FILE - This Feb. 26, 2015, photo shows a full-scale mock-up of a high-speed train, displayed at the Capitol in Sacramento, Calif. The California Supreme Court is set to issue a ruling that could have big implications for the state's $64 billion high-speed rail project. The court will decide Thursday, July 27, 2017, whether federal law exempts rail projects such as the planned bullet train between Los Angeles and San Francisco from the state's strict environmental review law known as CEQA. (AP Photo/Rich Pedroncelli, File)

Houston Mayor Sylvester Turner signed an agreement he called “the starting point of definitive agreements” with the Texas Central railroad company to build a high-speed “bullet train” between Houston and Dallas. The agreement, known as a memorandum of understanding (MOU), indicates Houston’s commitment to the bullet train project with Texas Central as its developer.

The proposed train would connect Houston to Dallas by a high-speed rail system similar to those seen in Europe and Asia. The train would be the first of its kind in the U.S. and would allow commuters to travel between the two cities in about 90 minutes. The proposed Houston train stop, according to the memo, would be located “south of U.S. 290, west of Loop 610, and north of I-10.”

RELATED: This train created a majestic snowsplosion when it rammed through a heap of Canadian snow

Texas Central President Tim Keith also spoke out on the economic benefits of the train.

“The bullet train will benefit all Texans by injecting billions of dollars of investment into the state economy, engaging Texas businesses throughout Houston and Dallas and all the counties in between our great cities as well as all over the state,” Keith said.

RELATED: Amtrak is spending billions so you can travel 3 mph faster on a small section of track

The project promises to bring an economic boost to the region, as Texas Central plans to hire 10,000 people per year to build the train. Mayor Turner told reporters that he expects the construction to begin next year and for the train to be completed by 2023. The project is expected to cost $10 to $15 billion and would be funded entirely by private entities.