The swift water rescue team from Los Angeles was helping Houston post-Harvey, and were planning on heading back to California when Mother Nature called again.

RELATED: The internet responds to seeing the same shark picture after each flood-related disaster

Stopped in Midland, the team learned that they were being deployed to another natural disaster–this time, assisting in Florida post-Hurricane Irma.

“We were planning on spending the night in El Paso, and when we got the call we were being re-deployed into Hurricane Irma,” said Assistant Chief Steve Hissong with the Los Angeles Fire Department.

And that’s when the Midland Fire Department stepped in.

Midland first-responders helped shore up their L.A. brethren’s equipment up for the night, and gave them rides to a nearby hotel. The next morning, before they set off for Alabama, the Texas firefighters fed them a home-cooked meal.

RELATED: Texas gas companies have a lawsuit on their hands after their shameful Harvey-induced price gouging

“We haven’t had a really good meal in almost two weeks and that was a good way to say OK, let’s start over,”  said Hissong.

A home cooked meal and a welcoming smile… it’s the Texas way. 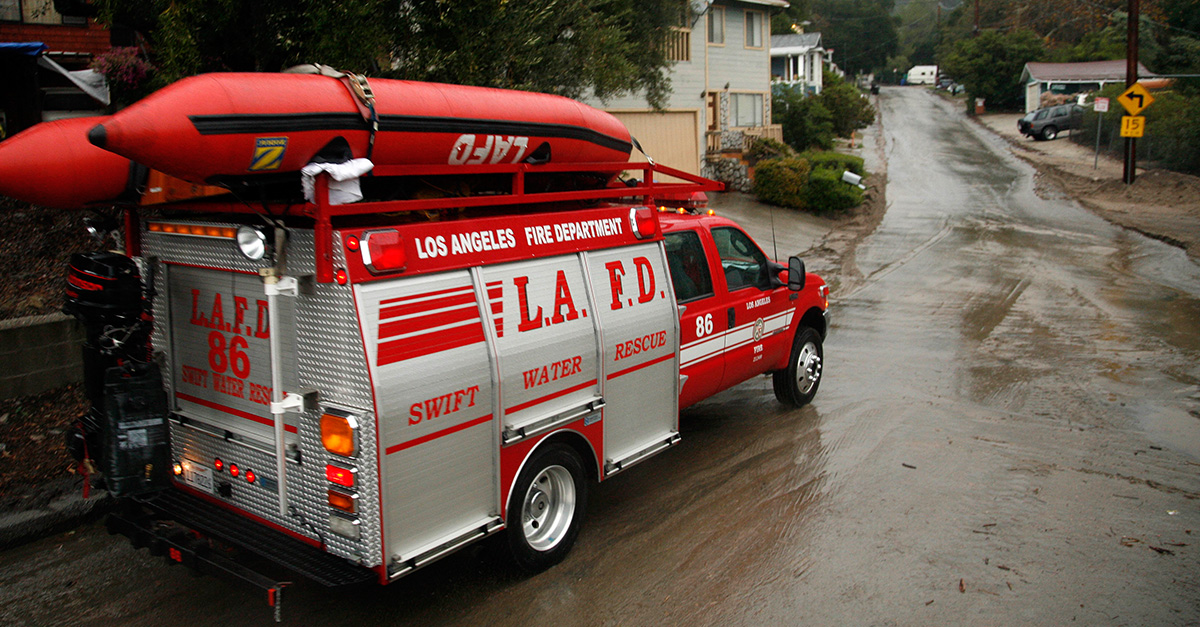