Some Houston residents are finding that a promise for better cell service is costing them more than they’re willing to pay.

Residents in Spring Branch and along Kempwood Drive are complaining that their sidewalks have been destroyed by cell phone towers installed by a company that claims to improve cell service.

Houston city council member Brenda Stardig blames SB1004, which allows companies to build a network of nodes in the public right-of-way.  In this case, the neighborhood’s sidewalks.

“I see a lot of things when I go to site visits. But I couldn’t believe what I saw when I saw this. In the middle of the sidewalk, this huge pole,” Stardig explained to KHOU.

Stardig believes that the plans were short-sighted and not well thought out.

Network poles going up in middle of HTX sidewalks b/c of Senate Bill 1004. I'm working to make it right for community #txlege @GregAbbott_TX pic.twitter.com/4SgGMfq0mT

Like most major cities, Houston is full of pedestrians. Driving through an intersection at any time of day can be a feat in popular areas like Downtown and Midtown, but even the neighborhoods are friendly to foot traffic.

With the sidewalks gone, how will pedestrians safely travel along the roadways?

Kempwood resident Shane Boudin gave a first hand account of what it’s like to be a pedestrian now that the nodes are installed in the right-of-way. “They’re in the way,” he says. “If you’re walking down the street, you either have to walk in the mud or you have to walk on the edge of the street to get to where you’re going.”

After installing the nodes, the company that owns them is required to pay the city to reroute pedestrians around them, but some are worried about how that might happen. More than just foot traffic, the sidewalks have accommodated wheelchairs, baby strollers, and pets.

With the existing right-of-way taken by the nodes, where will the new right-of-way come for the rerouted sidewalks?

Stardig says that the city of Houston expects for 1,500 more nodes to be installed across the city. As they go up, more neighborhoods may see their sidewalks destroyed, driving pedestrians into the street to compete with cars.

While Stardig blames SB1004, which legalizes the network nodes, the bill’s co-sponsor Sen. Paul Bettencourt, R-Houston, claims that it hasn’t gone into effect yet, meaning that the nodes near Kempwood and Spring Branch were installed early. 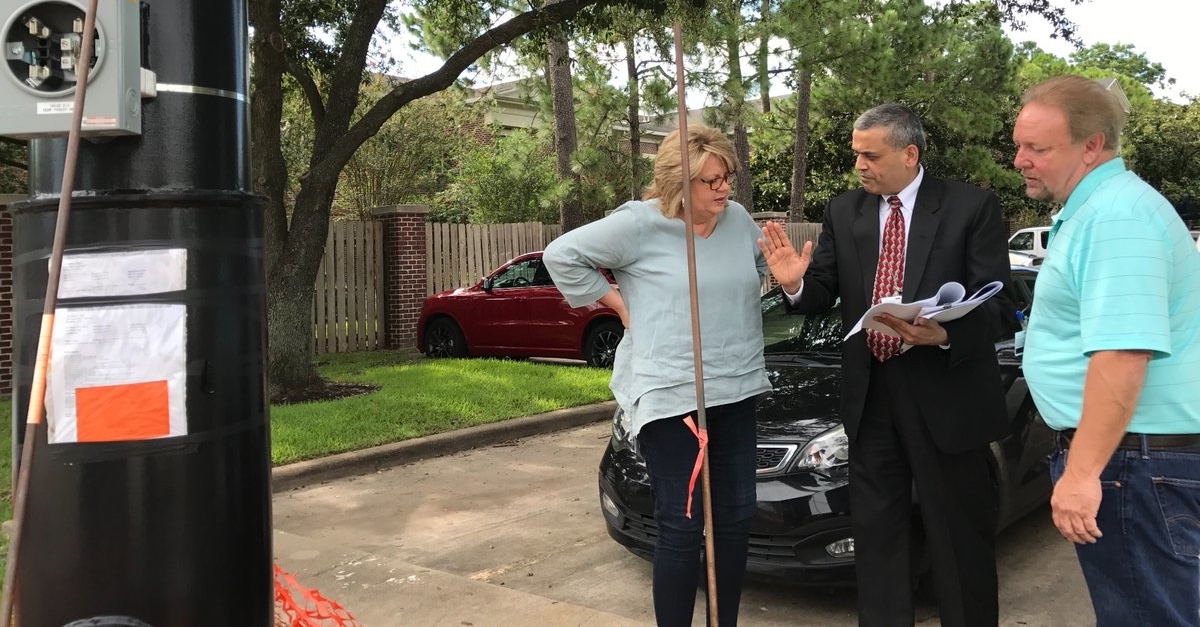