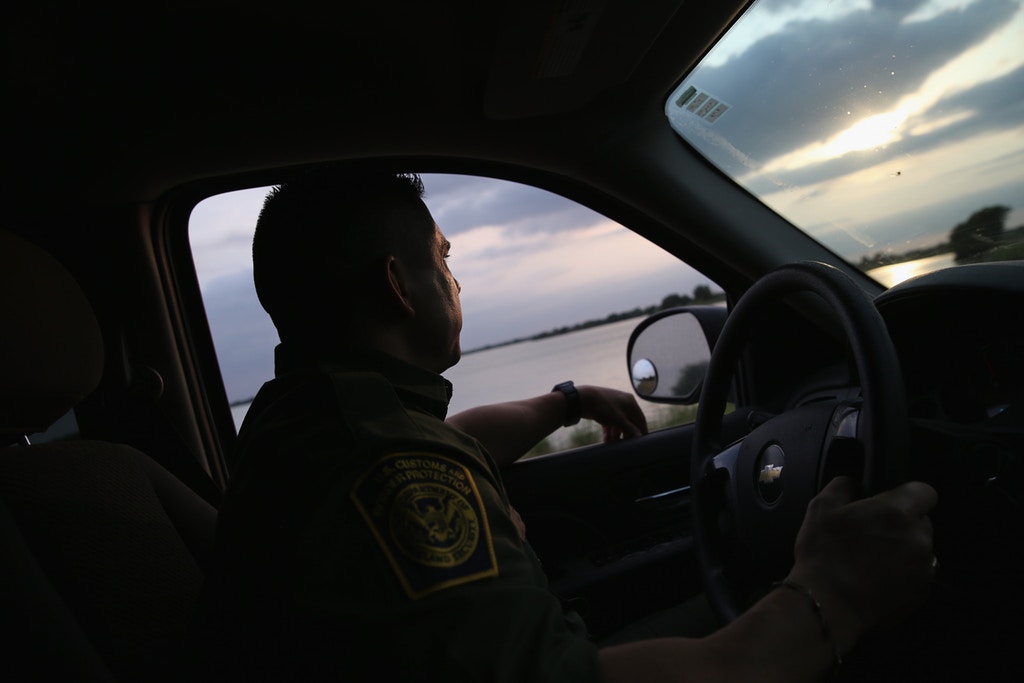 According to the Intercept, people are stopped for small infractions, like a broken tail light, and then whole families are reportedly taken into custody, passed off to border patrol or Immigration and Customs Enforcement (ICE).

When this happens, advocacy agencies say families can get torn apart, leaving parents on one side of the border and their children on the other.

Dash cam video obtained by the Intercept shows a stop for a broken tail light turn into a call to Border Patrol.

A couple and their baby are in the car; the mother can be heard in distress when the state trooper who stopped them calls for a Border Patrol agent.

“No, they’re gonna take him, sir!” she can be heard saying in the footage above. “They’re taking everybody!”

The Intercept combed through dash camera footage from police vehicles and police paperwork obtained through open records requests to create a clearer picture of how often the situation is occurring.

The publication also tracked down and interviewed those affected by a Border Patrol separation.

They explain how sudden deportation can upend the lives of people they support, particularly children.

For example, one woman said she worked to take care of three kids when, one day, police reportedly stopped her because of a dark tint on her car windows. By the end of that day, she said she fell into the “deportation pipeline.”

According to the PEW Research Center, over 1.6 million undocumented immigrants live in Texas as of 2014, but, as policies become more strict, the rate of people being disrupted is at an all time high.

The Intercept data shows this surge in activity at the border could be linked to fear generated by terrorist attacks, like 9/11, after which DPS troopers reportedly started using traffic stops as a way to check drivers for more serious crimes, eventually carrying the tactics into everyday enforcement policies and practices.

Even so, before the Trump Administration took office, the Intercept findings revealed DPS officers operated under a sort of “catch and release” policy, electing not to deport undocumented immigrants they stopped with no criminal records living in the U.S. for a longer period of time.

This practice reportedly ended in 2016.

Referred to as the “show me your papers” law, immigration advocates say it encourages, not just state troopers, but other law enforcement agencies, to act as de facto Border Patrol agents.

SB 4 is not unanimously supported in Congress, and parts of it are said to still  be on hold; however, other immigration-related bills did pass and are in effect.

The Intercept piece contends how, if the pending SB 4 legislation is to pass, even more people may be required to put their lives on hold or be completely uprooted altogether.