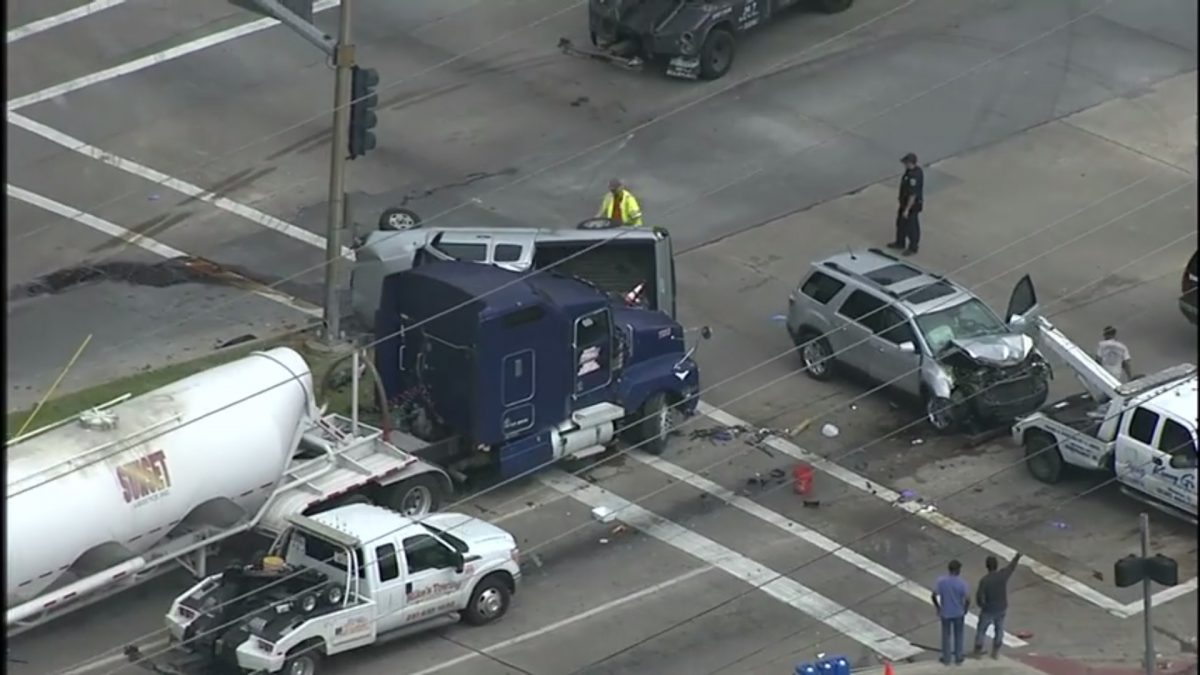 A police chase through northwest Houston ended when the suspect crashed his vehicle into three others, including a pickup truck, SUV and an 18-wheeler.

According to authorities, the suspect had felony warrants out for his arrest. When police went to serve the warrants, the suspect allegedly tried to evade them by speeding away.

During the chase, the suspect’s vehicle smashed into three others at the corner of Tidwell and Wheatley, just north of the 610 Loop.

RELATED: The man who set fire to the Victoria Islamic church will be charged with a hate crime

A compact car was completely demolished, while the SUV and pickup truck were both heavily damaged. The pickup truck had flipped over onto the 18-wheeler.

The suspect has been arrested.