On the 73rd anniversary of the Battle of Iwo Jima, Battleship Texas honors WWII vets 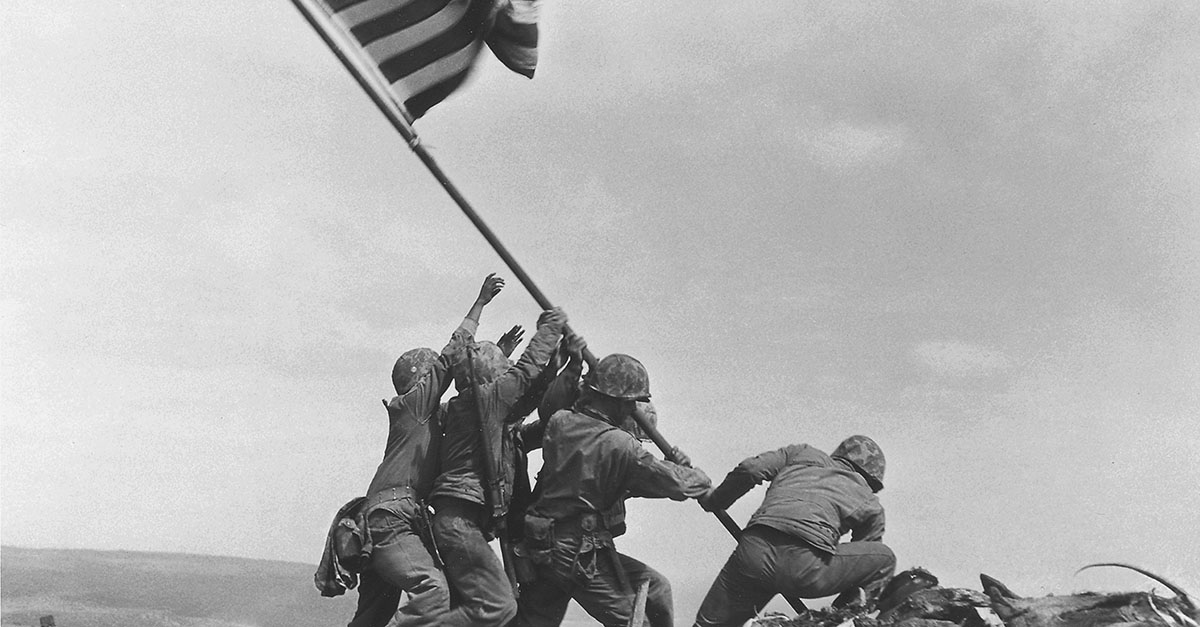 Associated Press/Joe Rosenthal
U.S. Marines of the 28th Regiment, 5th Division, raise the American flag atop Mt. Suribachi, Iwo Jima, on Feb. 23, 1945. Strategically located only 660 miles from Tokyo, the Pacific island became the site of one of the bloodiest, most famous battles of World War II against Japan. (AP Photo/Joe Rosenthal)

Today marks 73 years since the Battle of Iwo Jima began.

The battle, one of the final battles of WWII, spanned five weeks and cost more than 24,000 American casualties, with over 6,800 dead. Most of the 21,000 Japanese soldiers who entered the fray were also killed.

The Battle of Iwo Jima started 73 years ago today.

Cpl. Don Graves was there, and to this day he hasn't forgotten the words he read on a makeshift memorial at the 5th Marine Division cemetery at the foot of Mt. Suribachi.

May we all do our best with our tomorrows. pic.twitter.com/9mYreJ9tP1

The Battleship Texas Foundation hosted the fourth annual commemoration ceremony on the deck of the ship today to honor the surviving veterans of that battle.

According to the Houston Chronicle, Retired Lt. General Joseph F. Weber presided over the ceremony. Weber served almost 40 years in the Marine Corps, and more recently headed up the Texas Department of Transportation.

The Battleship Texas Foundation is a nonprofit dedicated to the restoration and upkeep of the Battleship Texas as a historical site. Established in 1945, they partner with the Texas Department of Parks and Wildlife, who owns the battleship, to host tours and public events.

RELATED: She survived two world wars, but will the Battleship Texas stand the test of time?

Multiple ceremonies were held to remember the historic battle and the people who fought in it, including one in Corpus Christi, Texas.

“To me it means a lot,” said Martin Longoria, Vice Chairman of the Corpus Christi Mayor’s Committee for Veterans Affairs, in an interview.

RELATED: When an Army veteran trucker found out a WW II hero passed away, he knew just what to do