On the anniversary of the Nolan Ryan’s mound beatdown of Robin Ventura, baseball fans take a look back 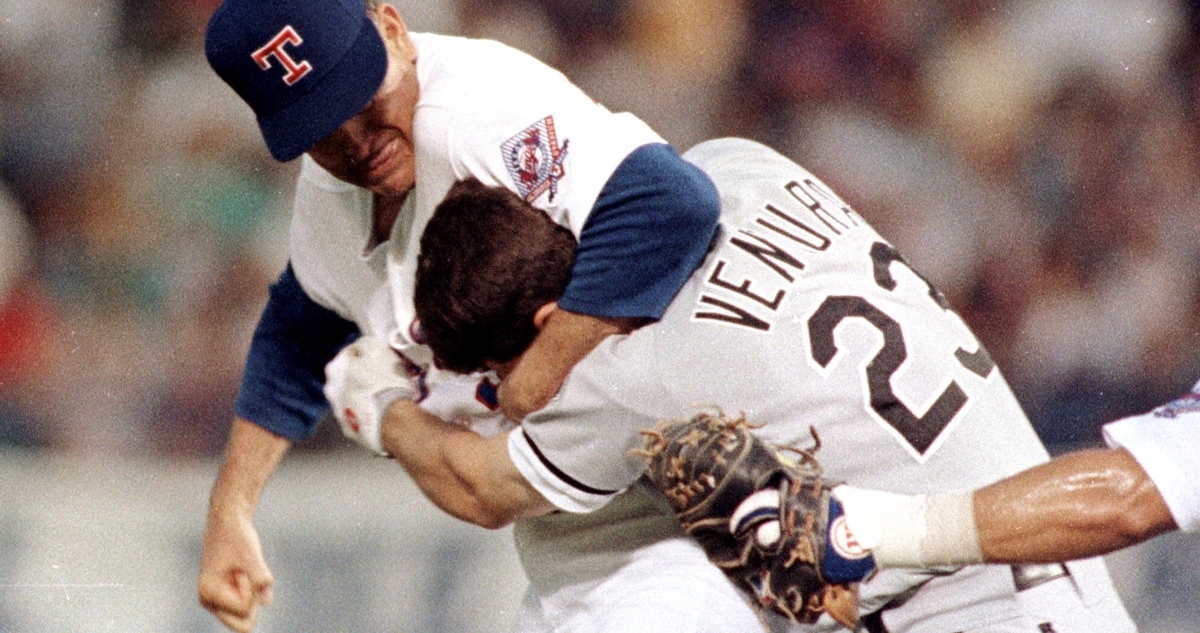 The anniversary of Nolan Ryan’s famous beatdown of Robin Ventura has Houston feeling nostalgic for the baseball hero.

On August 4, 1993, the Texas Rangers were playing the Chicago White Sox at home in Arlington. As Ryan pitched to 26-year-old Robin Ventura during the top of the 3rd inning, the Texas legend hit Ventura with a pitch to the ribs.

At first, all seemed routine as Ventura started walking up the baseline to take first base. Suddenly, Ventura tossed his bat, ripped off his batting helmet, and darted toward the mound to give Ryan a piece of his mind – and fists.

Ryan, a 46-year-old veteran of the spot, didn’t take kindly to the young buck’s assault and proceeded to dish out a few lessons about consequences for misbehaving on the baseball diamond.

As though he had prepared for the incident, Ryan met Ventura’s onslaught with a quick grab, placing the younger man in a headlock. He then proceeded to pummel Ventura, delivering at least six clean blows.

Both teams cleared their benches, storming the field in a melee, to the delight of Arlington fans.

As the fight between the teams raged, Ryan and Ventura stood amidst the players, and at first the battle between them seemed over. All of sudden, Ryan jumped back into the fray, his rage renewed. The melee continued as the crowd issued cheers, whistles, and boos.

On this date 24 years ago, Robin Ventura learned what happens when you mess with Texas.https://t.co/pJVQOr0IMU

Since the incident, Ryan and Ventura have made nice. In 2012, they shook hands publicly, and both men have clarified that the fight was never about a feud between them.

Ventura now manages the White Sox, while Ryan remains one of the most popular figures in baseball, claimed by both Texas baseball teams.