Menu
Follow us
Search
Menu
Search
CORRECTS SOURCE OF FUNDING TO A PUBLIC-PRIVATE PARTNERSHIP BETWEEN THE CITY AND THE NONPROFIT ORGANIZATION BUFFALO BAYOU PARTNERSHIP A young boy rides his bicycle along Houston's Buffalo Bayou as it snakes its way into downtown below a highway overpass, Friday, April 18, 2014. The city and the nonprofit Buffalo Bayou Partnership are spending $58 million to improve the waterway and the surrounding parks and bike and jogging trails. (AP Photo/Pat Sullivan)

But the few Houstonians brave and fit enough to choose their bike over vehicular air conditioning in our harsh and unpredictable climate may have just gotten the excuse they need to drive to work one last time: last week, City Council members opted to delay a proposed long-term bike improvement plans.

In a report by The Chronicle, a number of council members shared some concerns for long-term funding of the prospective bike lane enhancement projects.

Specifically, the proposed plan would add nearly 500 miles of high comfort bike lanes in Houston to increase safety and entice more biking around the city.

As ambitious and promising as these plans sound, the pragmatic concerns of the council members delayed approval and commencement of the bike plan until the next meeting on March 23.

Read up on the bike plan here, and let’s hope those 500 miles make a dent in the 627 square miles and waistline that is the nation’s fourth largest city. 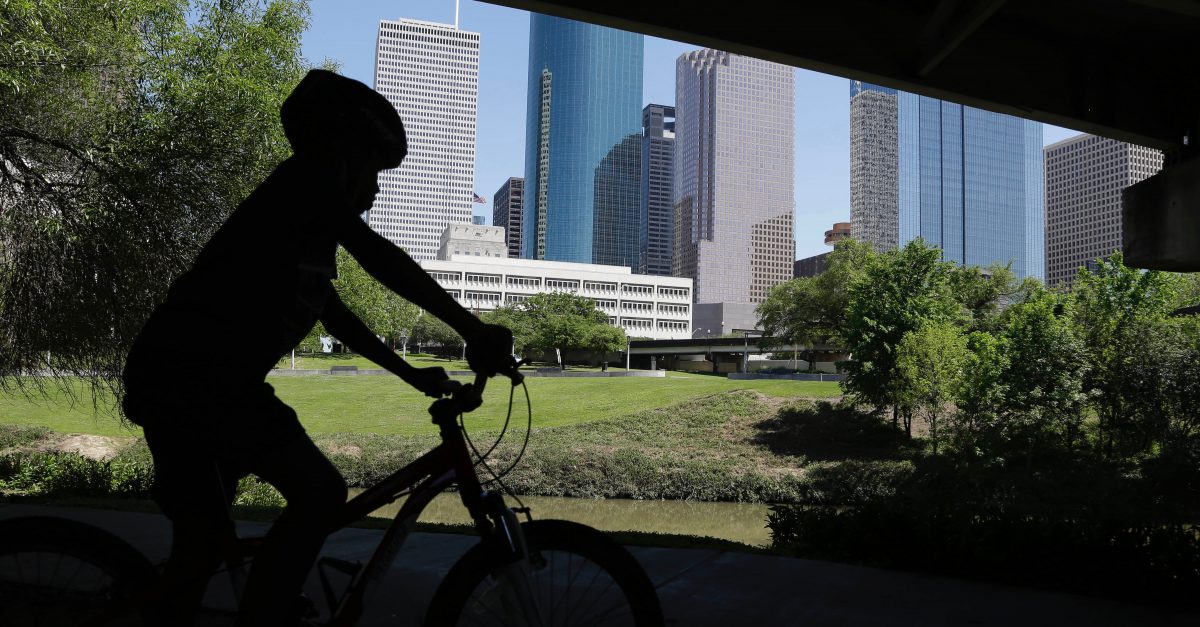