Now, he wants other conservatives from largely blue states to come and join him.

Chabot put roots down in McKinney, a suburb of Dallas, and founded the company Conservative Move. Like the name suggests, the company offers help to right-wing ideologists who feel surrounded by liberalism relocate to Texas.

It even sets people up with a realtor to sell their home and find them a new place in Texas, while Chabot gets a percentage of the real estate commission.

“We are reaching out to conservatives who are living in very blue areas,” Chabot told Texas Monthly during an interview. “Our personal story seems to resonate with people who felt like we do. We’ve already got about 1,000 people who want to move.”

RELATED: Ivanka Trump Sat in For Her Father During a G-20 Meeting.

Chabot claims people can find a similar environment to California as far as schools and infrastructure, without the liberal climate of some of the states. He notes the conservative lean of the Texas school system is a big draw for families looking to make the red move.

People may be fed up with the political climate of the coast, however, the article notes liberals from Texas are moving west for the same reason. 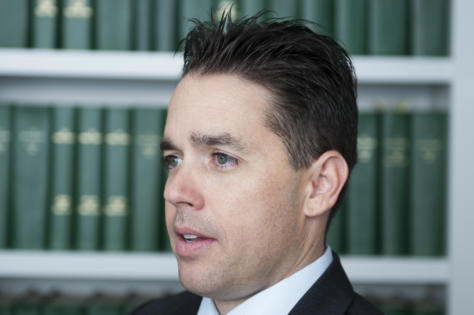