Love it or hate it, there are some impressive parts to Texas’ armpit, including the touching tribute video the Mavs played after he joined the 30K club.

Moments after he hit his 30K point, this tribute video ran in-arena for @swish41! #Dirks30K https://t.co/kvuR9ZRGHl

Congrats, Dirk! Keeping the “D” in D-town for 19 seasons. 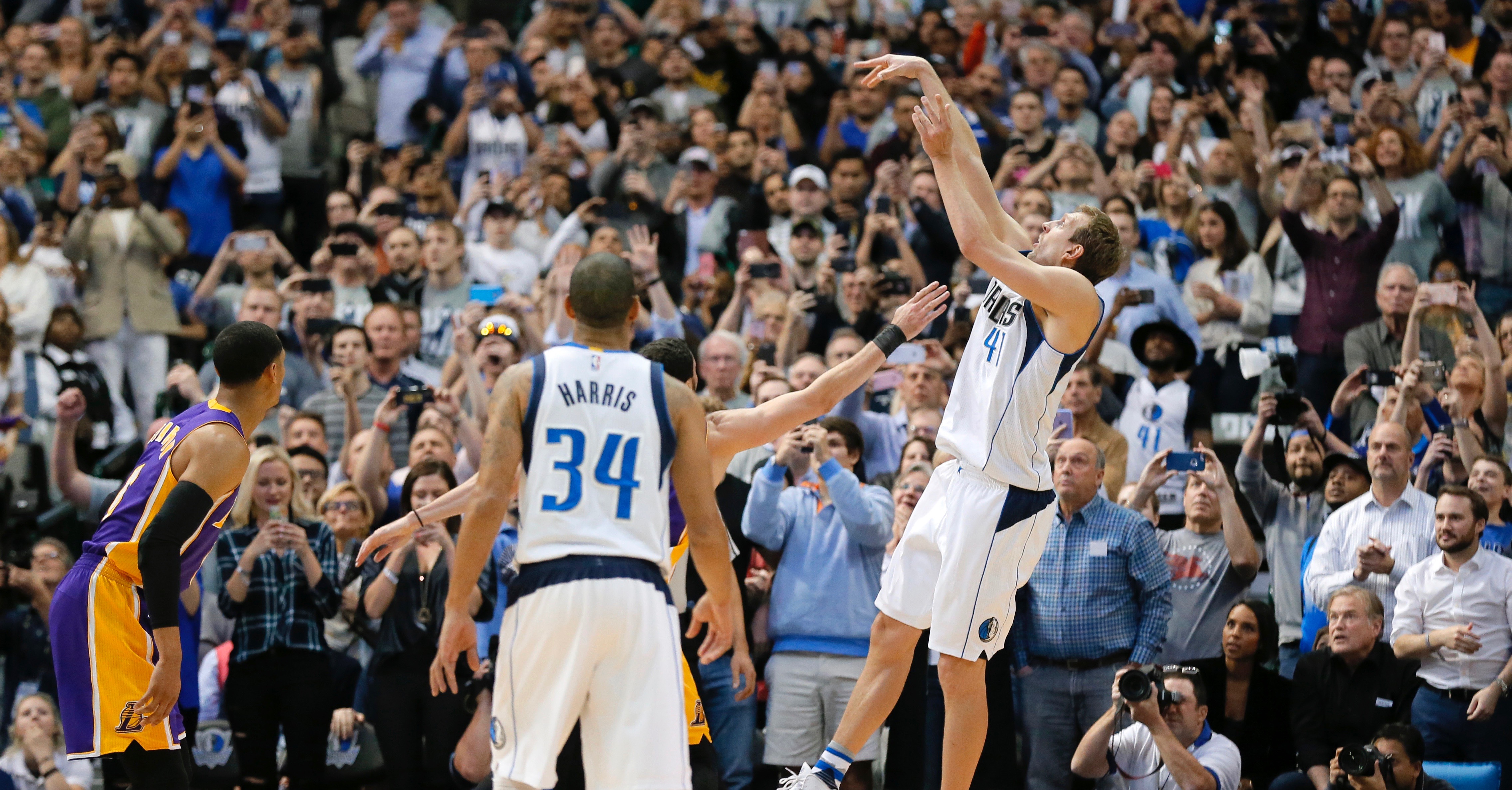