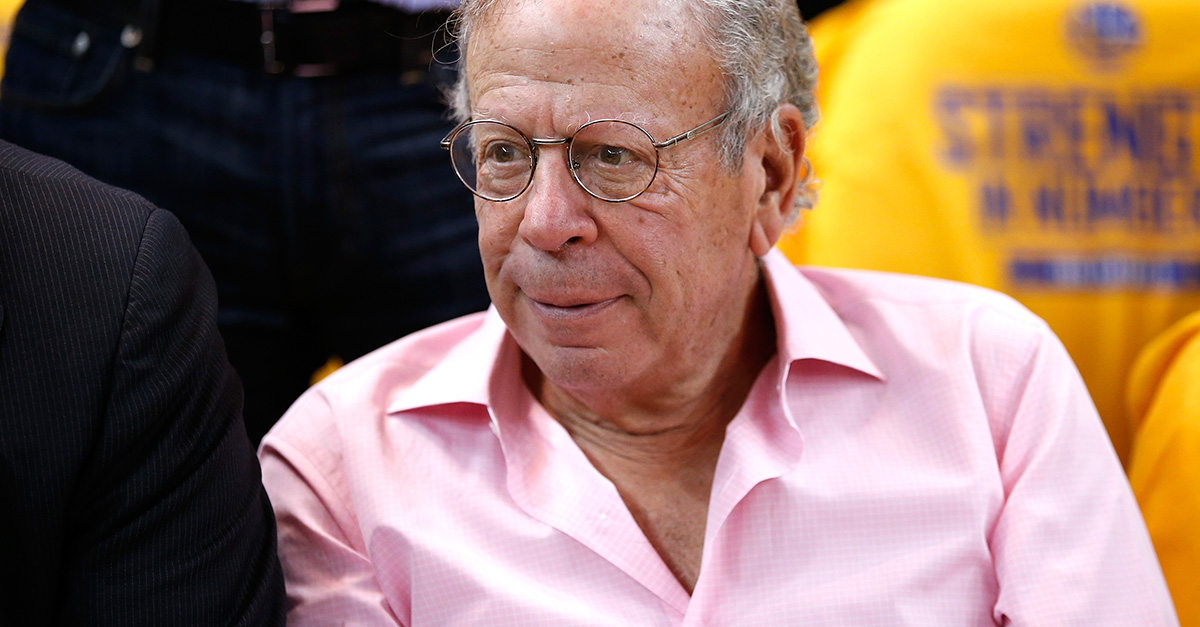 Photo by Ezra Shaw/Getty Images
OAKLAND, CA - MAY 21: Houston Rockets owner Leslie Alexander looks on during game two of the Western Conference Finals of the 2015 NBA PLayoffs between the Houston Rockets and the Golden State Warriors at ORACLE Arena on May 21, 2015 in Oakland, California. NOTE TO USER: User expressly acknowledges and agrees that, by downloading and or using this photograph, user is consenting to the terms and conditions of Getty Images License Agreement. (Photo by Ezra Shaw/Getty Images)

RELATED: Katrina Survivors Relive Some of Their Worst Moments During Harvey.

Houston Chronicle reporter Jonathan Feigen announced the donation on Twitter Tuesday. Feigen covers the sports beat for the Chronicle, specifically the Houston Rockets. Originally, Alexander had pledged to donate $4 million, but told Mayor Sylvester Turned he’d be upping it to $10 million on Tuesday, according to TMZ.

Rockets owner Leslie Alexander has told @SylvesterTurner he will up his donation from the $4 million he announced to $10 million.

When Alexander announced his first donation, the Rockets released a statement saying, “Our hearts are heavy seeing the devastation that so many of our friends, family and neighbors are experiencing.”

Some people felt the need to point out after the announcement that compared to Alexander’s total net worth, 10 million was a relatively small donation.

One reply to Feigen’s tweet read, “the equivalent of someone with a $100,000 net worth giving $50…………..not exactly incredible by most measurements,” To say that’s in poor taste would be an understatement, and a lot of people felt the same way. “Dude makes arithmetical mistake using a calculator (!) Types buncha dots… lets me know Leslie Alexander is cheap.. Incredible achievement!” someone shot back in response.

RELATED: Professor get the Axe After Saying Texans Deserve Harvey for Supporting Trump.