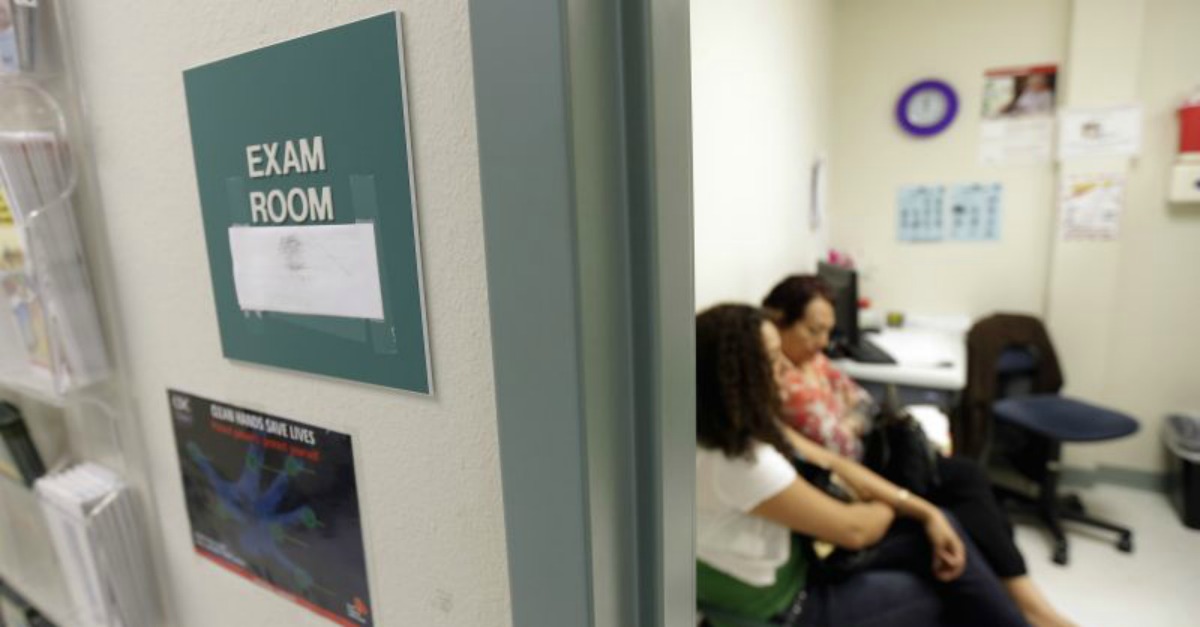 AP Photo/Eric Gay
FILE - In this July 12, 2012 file photo, two women wait in an exam room at Nuestra Clinica Del Valle, in San Juan, Texas. About 85 percent of those served at the clinic are uninsured. Liberal Democratic members of Congress are warning President Barack Obama to not cut the Medicaid health care program as part of negotiations with Republicans over avoiding the so-called fiscal cliff. (AP Photo/Eric Gay)

Its now been two months since Congress failed to reauthorize the Children’s Health Insurance Program (CHIP), and parents in Texas say they are beginning to worry.

According to KWTX, the Texas state government asked the Centers for Medicare and Medicaid Services for $90 million in leftover funds to keep CHIP afloat until a solution can be reached by Congress.

A spokeswoman for the Texas Health and Human Services Division said in an interview with the Washington Post she is confident the state would be able to secure that money; however, the amount could only keep CHIP running through January.

CHIP provides coverage for hundreds of thousands of children in Texas whose parents make too little to afford healthcare without assistance, but too much to qualify for Medicaid. It reportedly covers millions nationwide.

Mary Hughes, a mother of three and resident of Waco, Texas, said she is worried about what it could mean for her family if the money runs out and her CHIP coverage is terminated:

“I mean that this is really going to affect us financially, and it’s going to hurt us because then we can’t do the things that we need to do for our children,” Hughes said in an interview. “If they play sports, they’re going to have to stop because then I don’t have insurance if they get hurt.”

Without the coverage of the federal program, expenses for lab tests and medications would also need to come directly out of families’ pockets, and potentially at a higher price.

Some doctors are expressing concern about a lack of coverage if CHIP is eliminated, saying they are concerned of it leading to lack of preventative care and a decline in children’s overall health.

“We would lose about $2.4 million so if you add that with what CHIP could do to the revenue side, you have a pretty scary equation for us also,” Dr. Roland Goertz of Waco’s Family Health Care Center said in an interview.

Goertz said his clinic is already suffering due to funding cuts and delays in the other federal funds.