Playing the role of David this time, Texas lawmakers recently beat a pharmaceutical Goliath in court 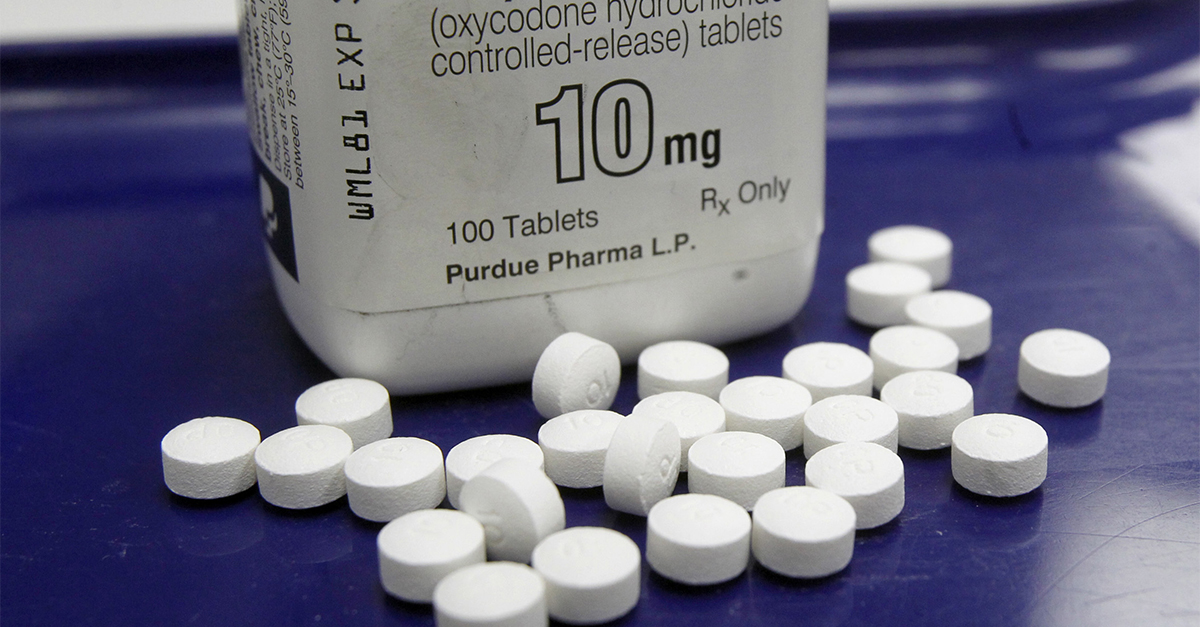 AP Photo/Toby Talbot, File
FILE - This Feb. 19, 2013, file photo, shows OxyContin pills arranged for a photo at a pharmacy in Montpelier, Vt. Prescription painkillers should not be a first-choice for treating common ailments like back pain and arthritis, according to new federal guidelines designed to reshape how doctors prescribe drugs like OxyContin and Vicodin. Amid an epidemic of addiction and abuse tied to these powerful opioids drugs, the CDC is urging general doctors to try physical therapy, exercise and over-the-counter pain medications before turning to painkillers for chronic pain. (AP Photo/Toby Talbot, File)

Based on the text of the lawsuit, in an effort to protect their pricing information, the company claimed the Texas Commission on Health and Human services committed a breach of confidentiality when it released Medicaid rebate information Pfizer provided to two state lawmakers.

One of them was Sen. Charles Schwertner, head of Texas’ Health and Human Services Committee, which regulates Texas’ Medicaid budget.

RELATED: Every State’s Medicaid Director is Sounding the Alarm About Obamacare Replacement

States are routinely granted rebates when they buy brand name drugs in bulk for the purpose of a federal program, like Medicaid.

That said, it was these prices leaving Pfizer so concerned, spurring its company decision to fight publications with privacy claims, eventually yielding the litigation.

Lowering drug costs continues to be subject of political promises several months after the 2017 legislative session adjourned, as well as in Washington.

According to pharmawatchdog.com, even after the Texas Health and Human services agency assured him the state was getting a fair deal on the price of Medicaid drugs, Schwertner wanted to see pricing information.

The request was granted after it was determined state law didn’t prohibit the release of this data.

But Pfizer’s business model lives and dies by pricing information; if the rates were shared, as they claim in their argument regarding the privacy claims, it could be forced to lower prices if every state was fully able to request information on the true cost of the drugs.

This information could give states the power to control supply or demand.

By filing the lawsuit, the company hoped to win the ability to defend its pricing information secrets as a way to guarantee financial outcomes in some instances.

While the case was ongoing, lawmakers weren’t allowed to see any further data; ultimately, however, the case was decided in their favor.

In his ruling, Judge Yeakel decided no privacy breach occurred with the lawmakers sharing:

?The court will not construe to carry out so narrowly as to prevent the Commission charged with administering the state’s Medicaid program from disclosing information that could affect state budgeting to the body which created it,? he wrote.

RELATED: Protestors Furious Over Medicaid Cuts Were Dragged Away From Mitch McConnell’s Office

He added in a personal note, as well:

?In Pfizer’s view, legislators are not necessary to carry out the state’s Medicaid program.?