Police officers speed as part of their job, but watch as these Texas authorities take things a little too far 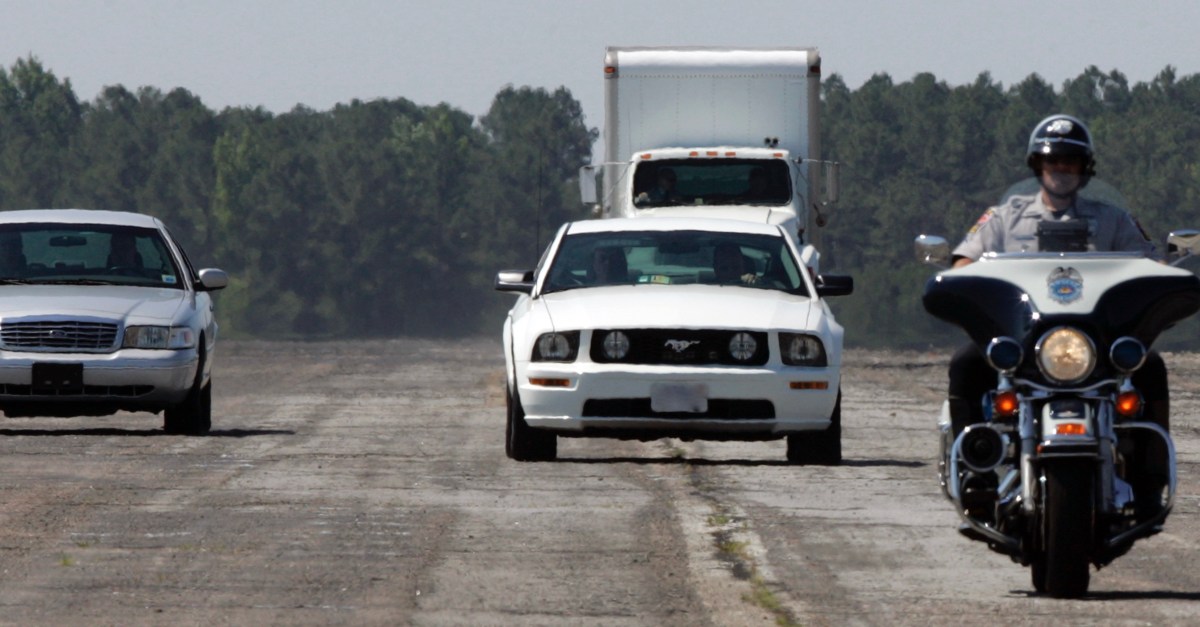 Speeding is a fast perk of being a police officer, especially in Texas.

As seen in the video, Mcllvain initially got off with a warning after he was pulled over in a city-owned car off-duty.

RELATED: This week’s Draped Up Driver goes to an unmarked police car passing traffic in the HOV lane

However, after the Austin American-Statesmen received a copy of the footage, McIlvain faced consequences for the infraction that would land civilians a hefty fine, if not jail time in certain circumstances.

The force ultimately ordered a ticket to be issued and even applauded its culture of accountability: “We regularly arrest officers when they commit violations as we would a citizen under similar circumstances,” APD Interim Chief Brian Manely said at a press conference.

“I met with the officer who stopped Chief Mcllvain. And in a conversation I had with him about the incident I explained to him that–although I understood how uncomfortable that that may be stopping an assistant chief in that way–I asked him whether or not he would’ve handled that the same way if it were a citizen or somebody else. Would they have received a warning?”

“The officer indicated they would not have, so I let them know that he would need to issue a ticket to Chief Mcllvain. Because, uh, again, we have to hold ourselves to the same standard as we would anybody else in this community.”

Mcllvain isn’t the only Texas official finding out that no one can live above the law.  The good people of Krum wouldn’t stand for it, at least:

And, Rick Perry can’t get away with anything:

Note how he lets his aide do the explaining of how they were “late to a meeting,” and then urges the officer to “let them get on down the road.”

RELATED: Houston-area Taco Bell employee learns the hard way that expressing an opinion about police officers at work can have serious consequences

Charm and allure only work off dashcam, y’all.

Watch out for cops!