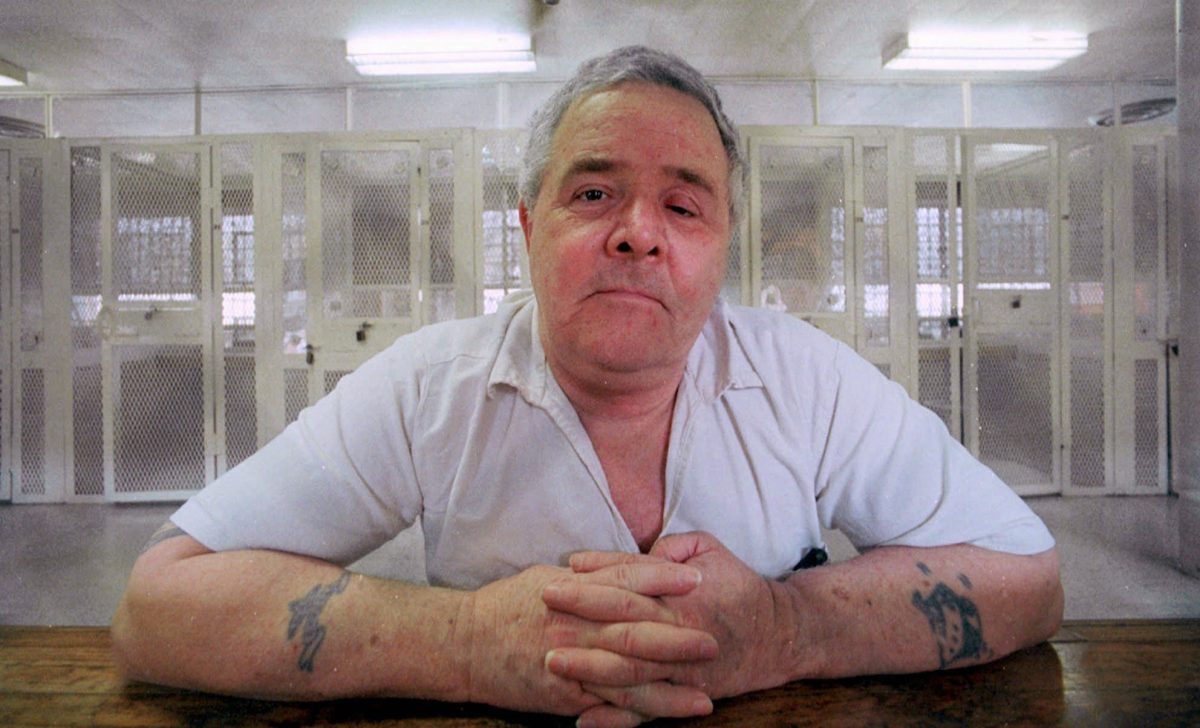 AP Photo/David J. Phillip
Convicted killer Henry Lee Lucas photographed while on death row in Huntsville, Texas, in May 1998. Known as the one-eyed drifter, and once considered among the nation’s most prolific serial killers, he was scheduled to be executed June 30. His sentence was later commuted and he died of heart failure while in prison on March 12, 2001. (AP Photo/David J. Phillip)

Grimes County Police investigators haven’t given up on identifying a woman who’s remains were discovered in 1981, thus far only identified as ‘Cheryl.’

Cheryl was one of the many victims of Texas serial killer Henry Lee Lucas, who confessed to her murder in 1984, and the murders of as many as 3,000 other people before he was caught.

Lucas killed multiple women during the 60’s and 70’s, including his own mother, according to A&E’s Biography.com website.

He was sentenced to life in a Texas prison by then-Governor George W. Bush, and died of natural causes in 2001, but his crimes took him across multiple states, from Virginia where he was born to Michigan to Texas. Despite the astronomical number of people Lucas confessed to killing, only three have been solidly proven.

Now, the Grimes County Sheriff’s Department believe they may be able to connect Lucas to Cheryl, a teenage girl believed to be from Durham, North Carolina. The department made a post on its Facebook page requesting information from Durham residents that could be used to identify the remains.

Known only as "Cheryl," Texas police have spent decades trying to identify the young teen, hoping to someday… https://t.co/6RocyfhWyi

The post includes the full text of the official sheriff’s department release, which reads:

The skeleton exhibited numerous fractures from trauma. It was also discovered that she had numerous fillings from previous dental work done. Investigators have never been able to learn the identity of this teenage homicide victim. Over the course of decades, Investigators have reached out to the public on this case before. Numerous missing person cases have been compared and out of state investigations conducted. DNA has been extracted from the skeletal remains and was entered into the Combined DNA Index System (CODIS) but no match has ever been found.

The release also says that in 1984, Lucas led them to the place where the body was buried in a trash bag, and told investigators details that only the killer possibly could have known:

Lucas told Investigators that he picked this teenager up near Durham, North Carolina around Spring 1981 and knew her only as “Cheryl.” After a few months of her traveling with him, Lucas stated that he and Ottis Toole allegedly murdered her and afterwards placing her body in a trash bag and threw it in a ditch along FM 244. Lucas was unable to positively identify the victim by last name or exact age.

The victim was also reportedly wearing a piece of jewelry that matches her to the age range and time period identified by investigators: a 1904 St. Gauden’s gold coin, made into a ring. According to the Houston Chronicle, the rings were sold in teen magazines in the 70’s and 80’s.

In an effort to identify the victim and bring some sense of closure to her family, investigators are asking anyone with a family member who was killed or went missing between 1976 and 1981 to contact them if they believe Cheryl could be that family member.

The officer handling that information is Lt. Daniel Wagnon at the Grimes County Sheriff’s Office, available by phone at (936) 873-2151, or email him [email protected]

RELATED: After killing a number of victims including two teenagers and a nine-year-old, the Houston-area ‘Tourniquet Killer’ gets an execution date