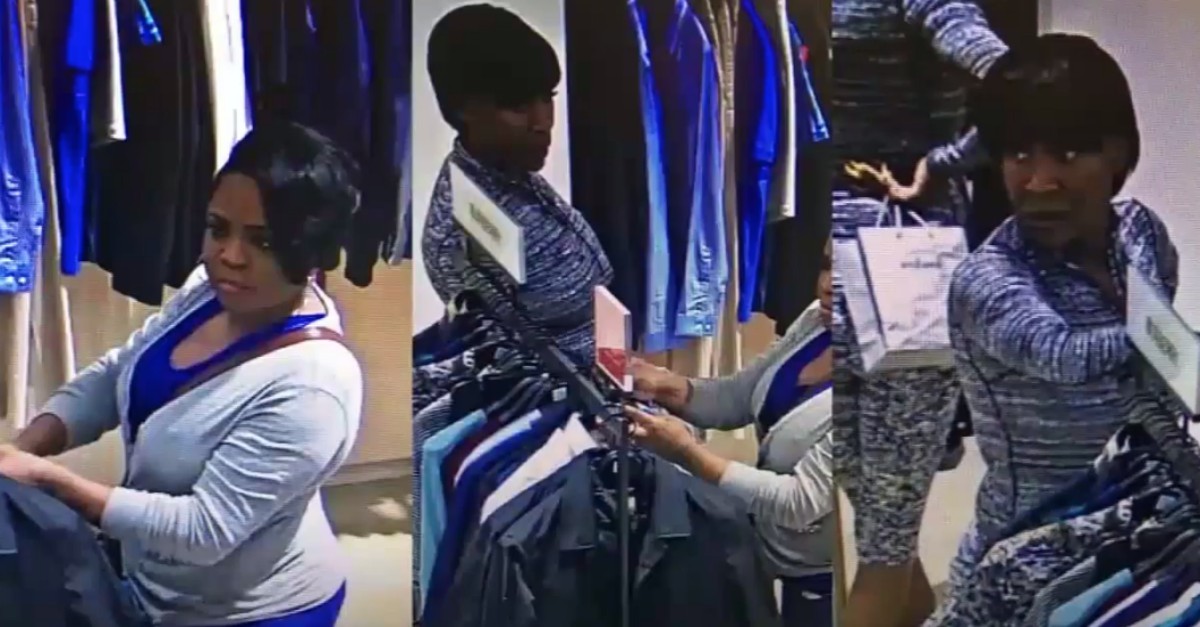 Police are asking the public for help in finding two women who stole $10,000 worth of merchandise from Saks Fifth Avenue.

RELATED: Another reason to shop online, traffic near The Galleria could be gridlocked for at least the next 1,825 days

The incident occurred one morning last May at The Galleria in Houston, but authorities are now releasing footage of the suspects, who only stole Burberry-branded items, according to ABC 13.

They were able to escape with their non-purchases in an older model gray Chevy Impala.

RELATED: After steadily losing business for years, Greenspoint Mall could be getting a second chance at life

If you have any information regarding the theft, police hope you’ll contact Crime Stoppers at  713-222-TIPS.