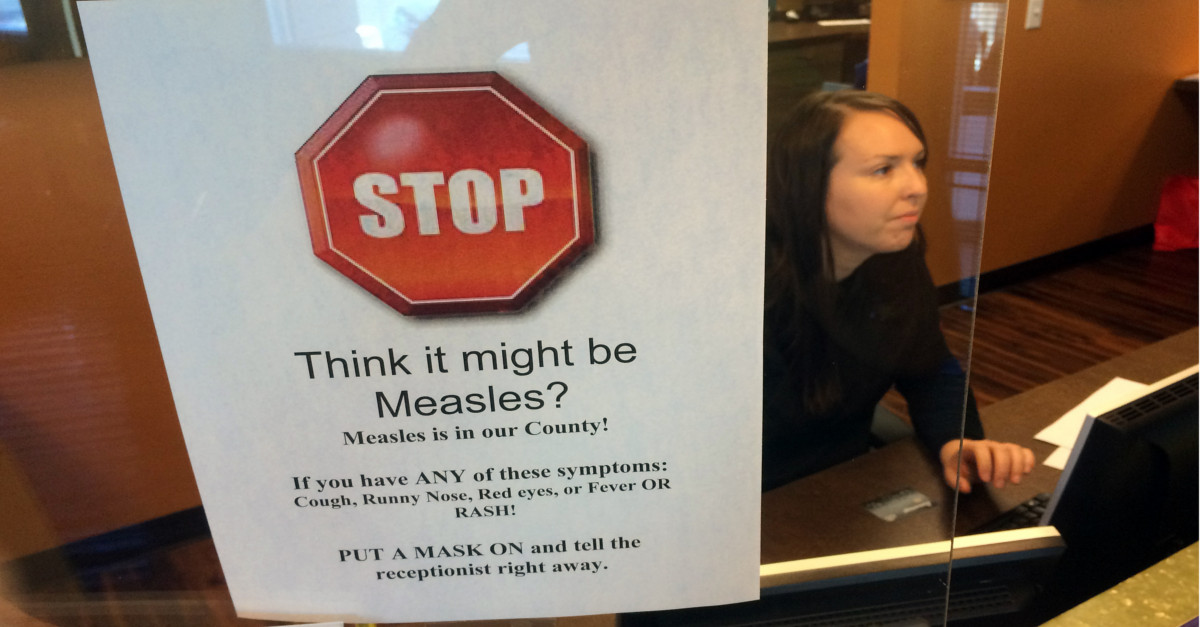 A middle school student in Pearland, Texas, is being tested for measles, and officials are still waiting on the results.

The student, an attendee of Sablatura Middle School, was out of class for four days after experiencing symptoms similar to measles, and is now back in school. Teachers and family members who may have been exposed were cleared by health officials, according to ABC13.

Vaccines for the virus have largely eliminated measles in the U.S., though there have reportedly been recent outbreaks of it in Western Europe, Pakistan, Vietnam and the Philippines.

Measles begins with a fever, cough, runny nose and red eyes. It causes a red, bumpy rash that spreads over the body. Children with measles can experience severe complications like pneumonia, encephalitis,  and even death.

The disease is spread through the air by coughing and sneezing, which is why containment of cases is paramount.

RELATED: This map illustrates how unhealthy parts of Houston are