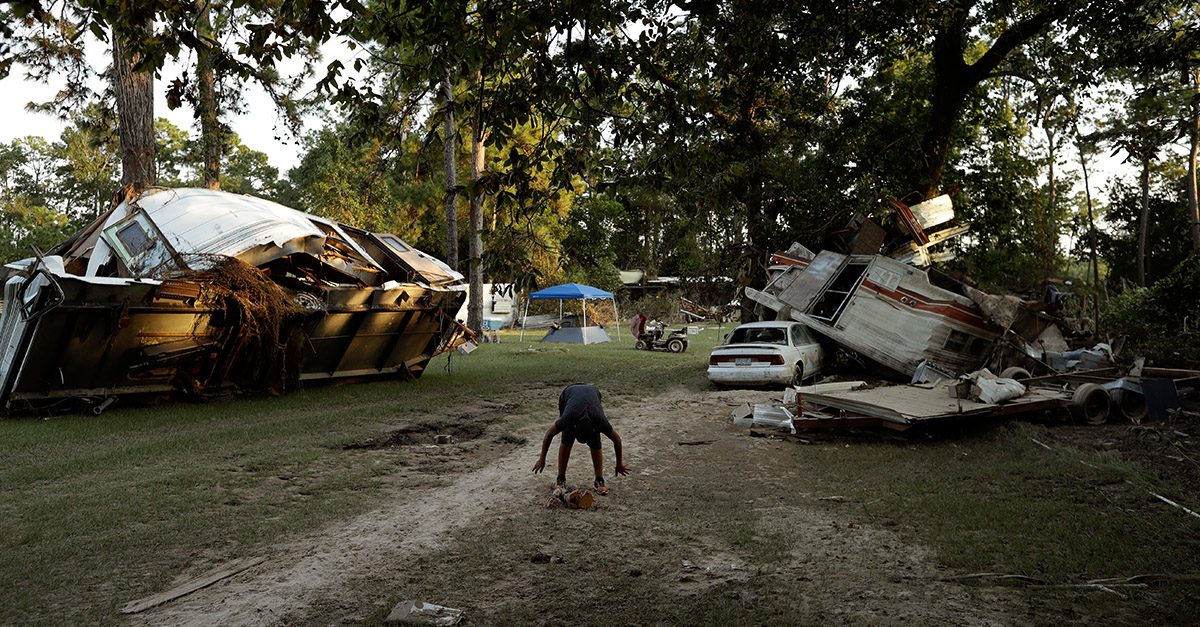 AP Photo/Gregory Bull
Dominic Spann wipes mosquitos off his legs as he helps clean out his grandfather's destroyed mobile homes after floodwaters from Harvey swept through the area Monday, Sept. 4, 2017, in Crosby, Texas. Thousands of people have been displaced by torrential rains and catastrophic flooding since Harvey slammed into Southeast Texas last week. (AP Photo/Gregory Bull)

Two weeks after Harvey, many areas of Texas are still dealing with the impact of flood damage, waiting for water to recede, and crowding into urgent care clinics with a host of new health problems.

“We were seeing numbers outpacing anything we were prepared to take care of,” Dr. Carrie de Moor, CEO of Code 3 ER and Urgent Care, said in an interview with NBC. De Moor herself has been plagued by a persistent cough, a symptom mirrored by many of her patients. Her clinic in Rockport, Texas was closed after Harvey hit. She and a staff of physician volunteers have been operating out of a small trailer.

RELATED: New Threat is Emerging Near Houston on the Texas Shoreline as Harvey’s Waters Recede.

According to the NBC report, doctors from other states, some as far away as Oregon, have come to help cope with the demand at clinics in southwest Houston after Harvey. At Christ Clinic, located in Katy, numbers were triple what the staff is used to seeing on any given week.

Since clinics like this operate without county funding, they’re being stretched very thin by the new influx of patients with coughs, rashes or a need for stitches and tetanus shots.

One of the most common ailments is mosquito bites. People are working outside for long hours as they clear debris from their homes, and as such are exposed to the insects, which have flourished in the standing water left behind.

Dump any standing water on your property. The rain from #Harvey has created large breeding grounds for #mosquitoes https://t.co/fWHzAAxwiU. https://t.co/8OhpD3m8f3

Officials are working to replace mosquito traps removed before the flood, and spraying has begun in residential neighborhoods to try and keep the insect population down, but people should still be cautious, as their numbers are likely to drastically increase.

RELATED: Dallas Expecting a Large Migration of Harvey Evacuees and is Getting the Money to Support Them.