Though the final preseason game between the Dallas Cowboys and Houston Texans was canceled last week in the wake of Hurricane Harvey, the Cowboys made good use of their free time.

Hosting a seeming ad hoc telethon during their final preseason practice featuring players who were not practicing on the field, they raised more than $3 million for hurricane relief.

RELATED: A Dallas Cowboys player’s dog was kidnapped, but an unlikely source brought him home

“It’s so great to see us teaming with The Salvation Army to try to put that smile back on Houston’s face,” wide receiver Dez Bryant said. “Anything we can do to help, as y’all can see, we’re doing it. We can only imagine; we don’t know how they’re feeling. They need love and support right now.”

And everyone got in on the action. With his familiar drawl, owner Jerry Jones called in to pledge $1 million.

RELATED: This is what the Dallas Cowboys players chose to do during the National Anthem Sunday night 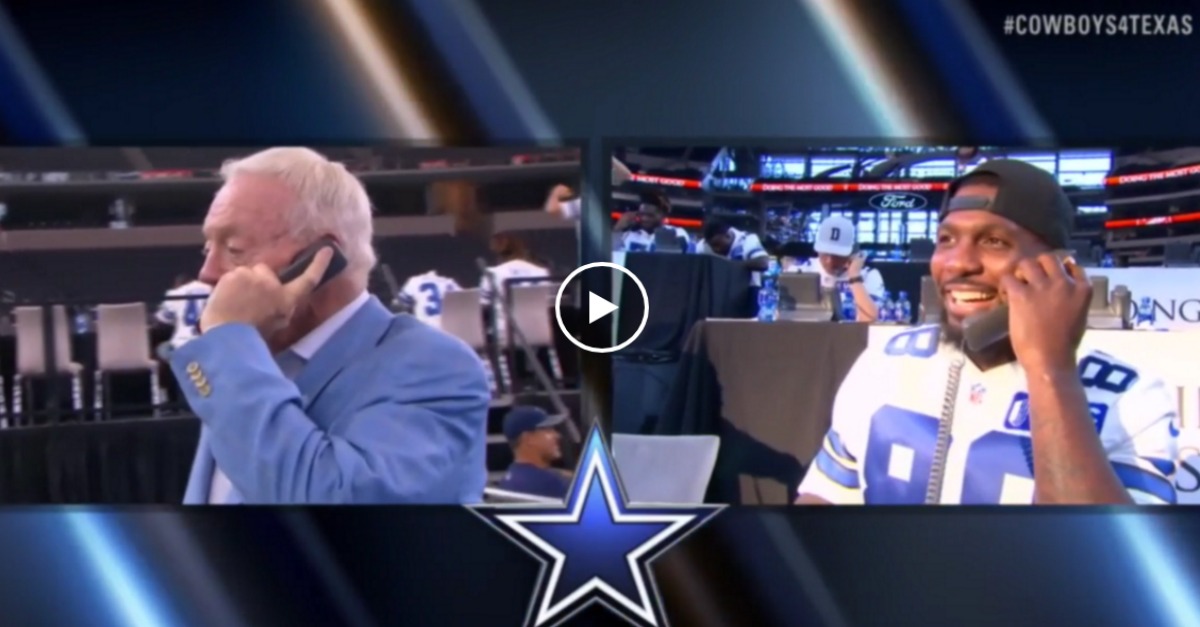