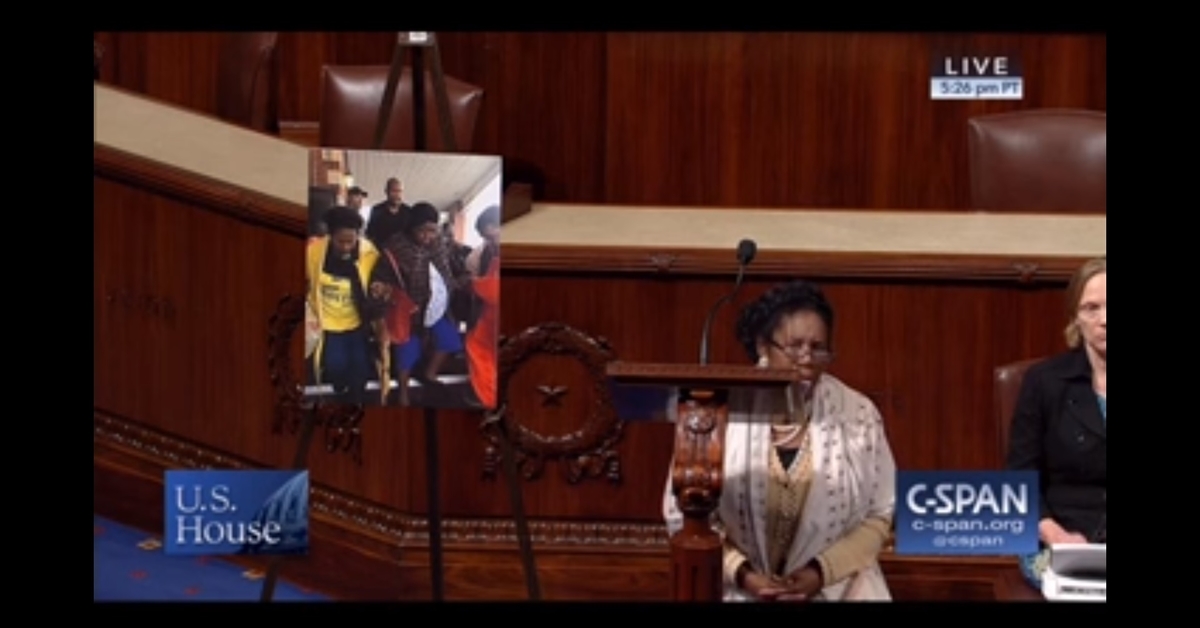 U.S. Representative Sheila Jackson Lee (TX-D) knelt on the House floor on Monday night in solidarity with NFL players who are protesting the national anthem.

Jackson Lee gave a powerful speech defending the players’ rights as Americans to kneel in demonstration and condemned President Trump for his comments against players, which she described as “racist.”

While the kneeling protests began in response to the treatment of black males by police, this past weekend teams united to protest President Trump’s statements about the league. During a rally, Trump said that players who kneel or sit during the national anthem should be “fired,” calling them an offensive term.

?Wouldn?t you love to see one of these NFL owners, when somebody disrespects our flag, to say, ?Get that son of a bitch off the field right now. Out! He?s fired. He?s fired!?? Trump said of players protesting the national anthem.

This weekend, teams across the NFL joined the protests, with entire teams locking arms, kneeling, or staying in the locker rooms during the national anthem.

While many fans chose to boo the decision, the players remained resolute in their stance in favor of free speech.

As the protests continued, President Trump took to Twitter to continue his complaints against them, including the sampling of tweets below.

If NFL fans refuse to go to games until players stop disrespecting our Flag & Country, you will see change take place fast. Fire or suspend!

The issue of kneeling has nothing to do with race. It is about respect for our Country, Flag and National Anthem. NFL must respect this!

Tremendous backlash against the NFL and its players for disrespect of our Country.#StandForOurAnthem🇺🇸

The NFL has all sorts of rules and regulations. The only way out for them is to set a rule that you can't kneel during our National Anthem!