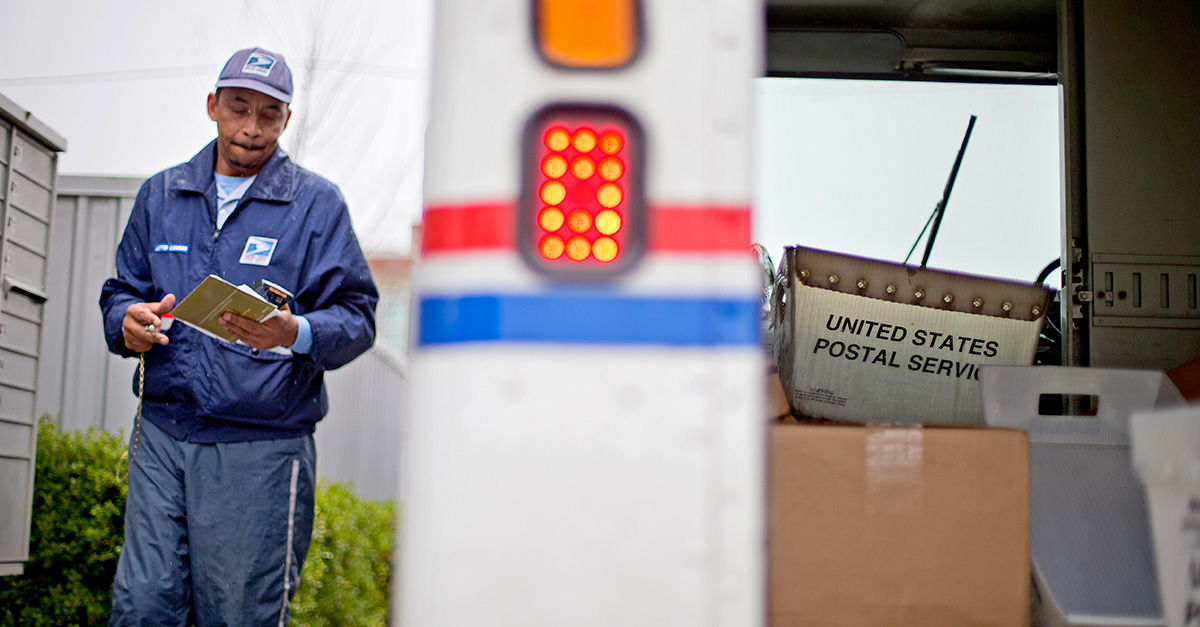 AP Photo/David Goldman
A empty mail bin sits in the back of a truck as U.S. Postal Service letter carrier of 19 years, Michael McDonald, delivers mail, Thursday, Feb. 7, 2013, in Atlanta. The financially struggling U.S. Postal Service wants to stop delivering mail on Saturdays but continue to deliver packages six days a week under a plan aimed at saving about $2 billion a year. (AP Photo/David Goldman)

The third time wasn’t the charm for a carjacker who stole a postal truck in southwest Houston Saturday.

RELATED: This dude served up a huge helping of stupid when he tried carjacking the worst possible people

Police took the suspect into custody at around 3 p.m. in the 6000 block of Presidio, after he pulled a gun on a mail carrier and then took off in a postal truck.

Thankfully, GPS in the truck led the cops to the 14400 block of Croquet in Windsor Village. Officers nabbed him as he was trying to back the truck into a patrol car, and then jump from a window in the truck.

Police think the man is responsible for at least two other unsuccessful carjackings; in one, he pulled a gun on a pickup-truck driver but then “walked away.”

The suspect was taken into custody, and could be facing federal charges because the carjacking involved a federal worker and vehicle.