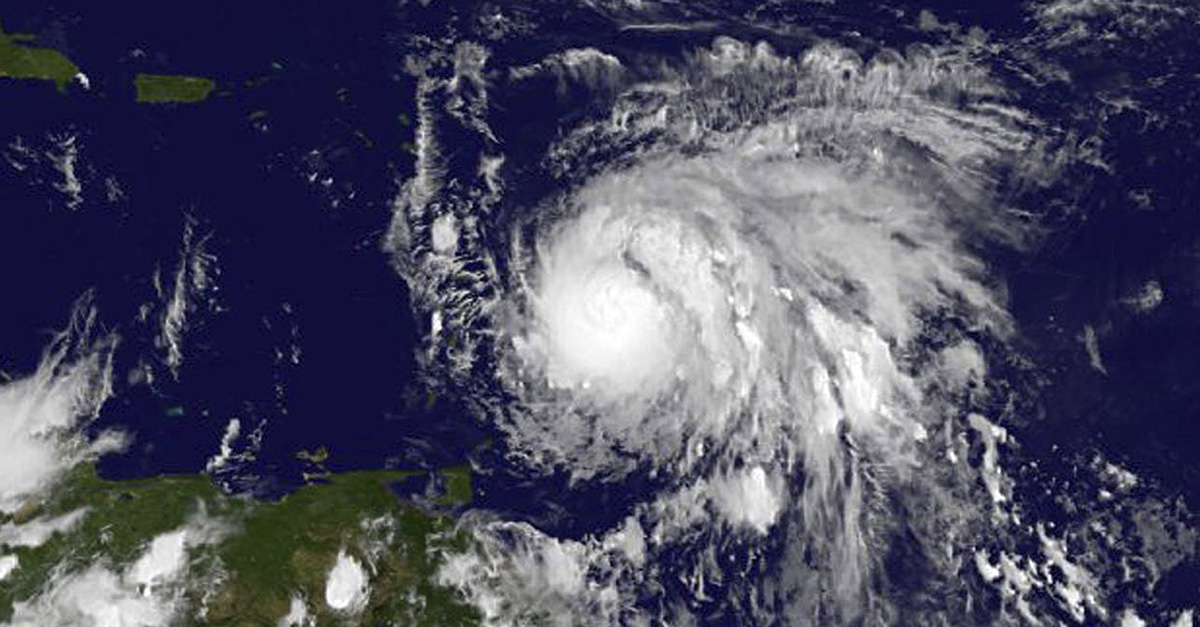 NASA via AP
This Sunday, Sept. 17, 2017, GOES East satellite image provided by NASA taken at 7:45 p.m EDT, shows Hurricane Maria as it approaches the Lesser Antilles. Maria swiftly grew into a hurricane Sunday, and forecasters said it was expected to become much stronger over the coming hours following a path that would take it near many of the islands wrecked by Hurricane Irma and then on toward Puerto Rico, the Dominican Republic and Haiti. (NASA via AP)

Researchers at Rice University recently announced their exit out of an arrangement sharing hurricane research results with a group of Gulf Coast universities.

The Hurricane Reslilience Research Institute (HuRRI), based at the University of Houston, reportedly began as a cooperative effort of several universities in Texas, Florida and Louisiana committed to studying the cause and effects of severe hurricanes along the Gulf Coast.

Instead of working with the UH-led HuRRI, Rice researchers saythey will continue their work with their own efforts with their Severe Storm Prediction, Education and Evacuation from Disasters (SSPEED) center.

Rice’s efforts are reportedly primarily focused on the impacts of severe storms and hurricanes in Houston, while the UH-led research will look at the entire Gulf Coast region.

Philip Bedient, the SSPEED Center’s director, claimed his researchers at Rice are without the time to cover projects for both his center and the UH-led efforts:

“Since the announcement of the institute by UH, I’ve acquired five more Harvey-related projects through the Rice Houston Engagement and Recovery Effort and several other entities,” Bedient wrote in an email. “I don’t have the time and resources to commit to additional hurricane research efforts that UH is planning.”

In a text message response, UH?s vice president of research and technology Amr Elnashai said that Rice’s withdrawal will cause “no harm” to HuRRI’s efforts; he also said he expects researchers from the two schools to work on other projects in the future.

Researchers at the member schools will reportedly submit proposals for funding early next year.