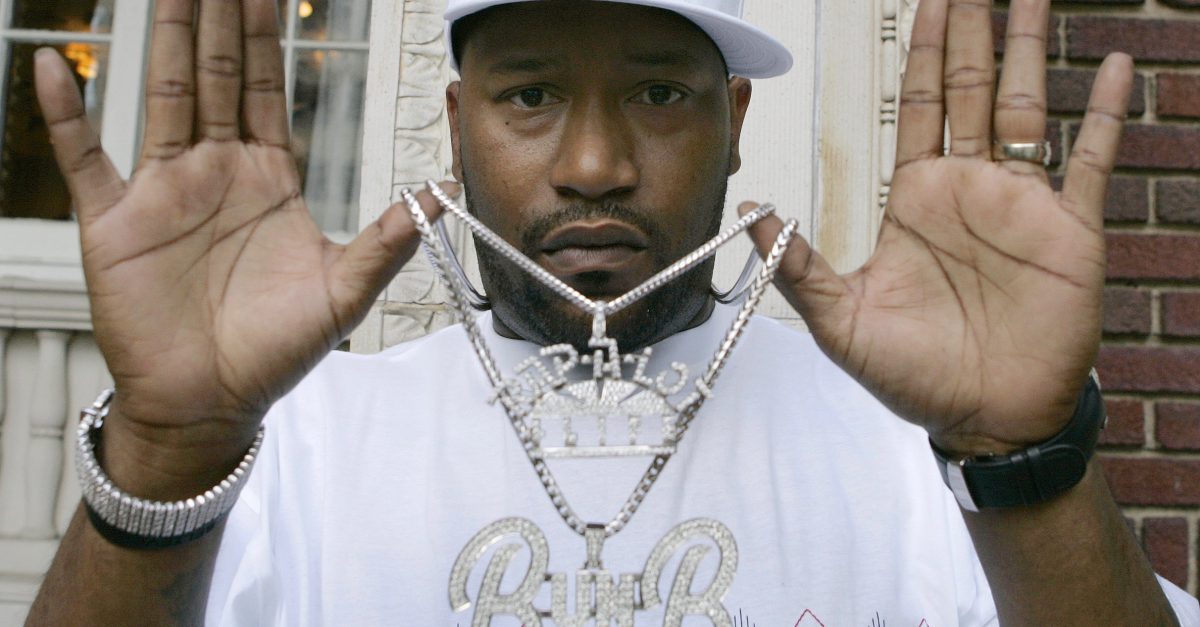 Earlier this week, a video surfaced of Houston rapper Bun B engaged in a confrontation with a supporter of the current U.S. president.

The rapper claims the man, who was wearing a “Trump 2016” T-shirt, made an obscene gesture at him during a protest near Houston’s City Hall.

Footage starts with Bun striding toward the taller white man, getting into his face, and yelling, “I”ll f**k you up!”

The rapper starts to walk away, when the two men push their foreheads into each other.

“Go read a book, tough guy!” the taller man yells back to the rapper.

Another man comes into the frame and places his arm across Bun B’s chest to separate the combatants.

“Move your hand,” the rapper tells the second man. “Move your f**in’ hand!”

Police can be heard ordering the two men off the street when B returns the gesture to the alleged offender.

“You gave me the finger!” the UGK hero yells at the man, as police escort them away from the building and separate them.

No word as to whether the man who confronted Bun B will be purchasing one of the rapper’s “Make America Trill Again” T-shirts.