While Hurricane Harvey was still pounding the Texas coastline, Houston began mourning the tragic drowning of six family members whose white van was taken by the floodwaters.

Considered one of the most horrifying moments during the storm, their death struck a chord across the nation.

According to a social media post by the singer’s father Abraham Quintanilla, the six members of the Saldivar family who died were his distant cousins.

Manuel Saldivar, his wife Belia and his grandchildren Devy, 16, Dominic, 14, Xavier, 8 and Daisy, 6, perished when their van was swept away by the current in the rising waters surrounding Greens Bayou.

The children’s uncle, who was driving, survived.

Woman who lost 6 family members in #Harvey’s floodwaters: “The kids were the sweetest kids in the whole world.” https://t.co/rFbms4nbGJ

Selena, who was born in Texas, remains one of the state’s most loved celebrities.

In 1995, she was murdered by the president of her fan club outside of a hotel in Corpus Christi.

A photoshopped statue of Selena standing in Corpus Christi was the center of a Hurricane Harvey meme before the storm, lightheartedly representing Texas’ commitment to protecting the legacy of the star.

Btw, I just found out that somebody put a life jacket on the #Selena statue in CorpusChristi yesterday. #AnythingForSelenas #HurricaneHarvey pic.twitter.com/HsfQPtHncG

The moment to smile was short lived after the Saldivars were lost in the floodwaters on Monday, August 26.

Relatives knew the family likely did not survive after going missing, alerting the media about the tragedy.

We are sad to report we have found a van inundated by Greens Bayou flooding while purportedly carrying 6 family members Sunday. #harvey pic.twitter.com/zFhS3J7fRC

However, their van wasn’t found until Wednesday, when floodwaters began to recede, confirming the horrible truth. 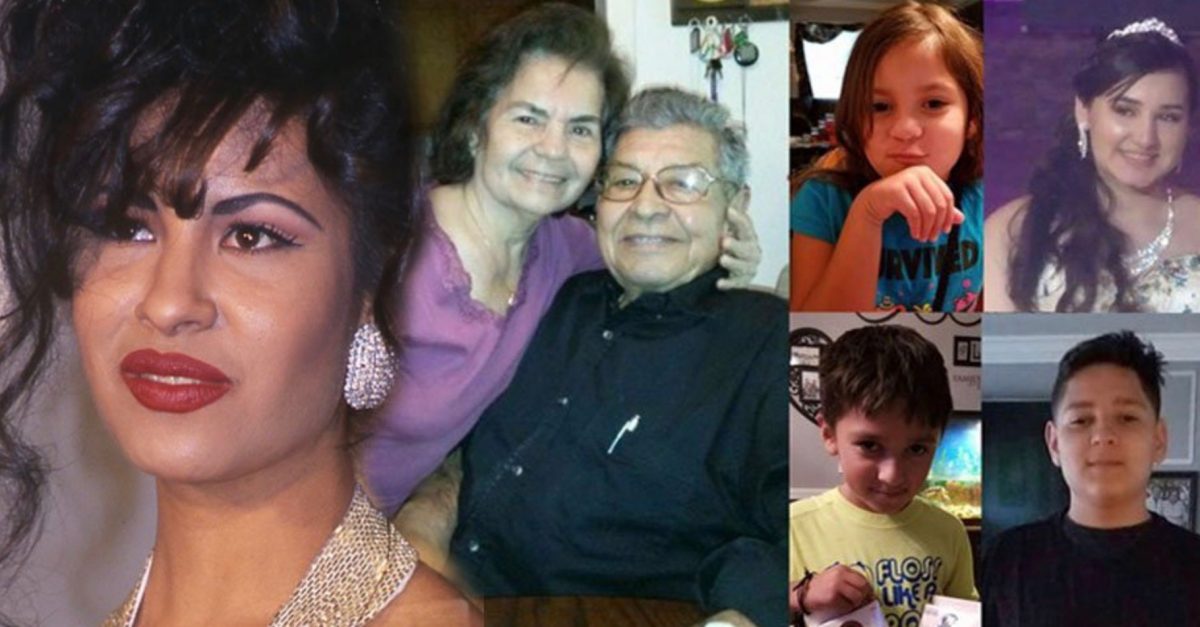