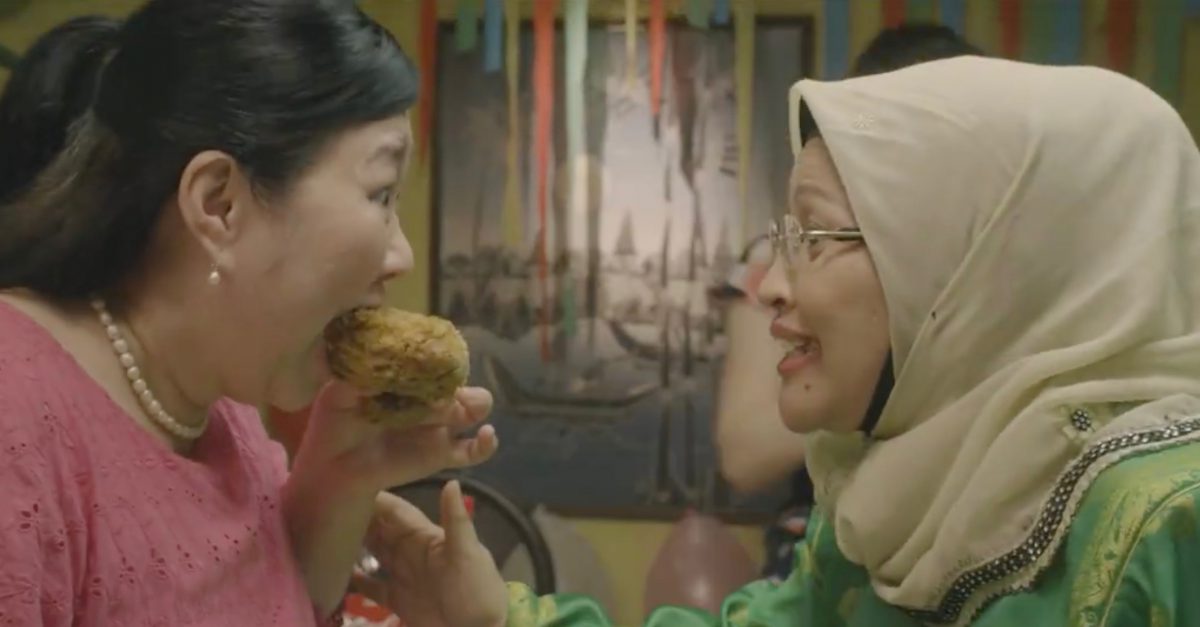 The Texas Chicken chain in Singapore (known as Church’s Chicken in the U.S.) created a commercial set at a Raya Party, a Malaysian celebration to commemorate Eid al-Fitr, the end of the fasting season of Ramadan.

In the commercial, “Makcik” (Malay for “Auntie”) gets rave reviews for her Sambal Chicken, a dish made with brown sugar, hot chili paste and Sriracha sauce.

RELATED: Prince Harry honored the London attack victims by sharing a meal and prayers with Muslim youths during Ramadan

What the party goers don’t know is that poor, harried Makcik burned her chicken and ruined her baju (a traditional Malay dress) with just hours to go before the big event.

She hustles out of the house, under the suspicious eyes of her elderly neighbor and takes a shortcut through an alley.

As she makes her way to presumably secure more chicken, the neighborhood welcoming committee – two young thugs – approach her for a “donation.”

She gives them both a good old-fashioned Texas Chicken butt-whopping, when one of the young men starts swinging a chain.

Her elderly neighbor rescues her from the would-be assailant, gallantly gives her a ride on his bike and helps her deliver her order of Sambal Chicken to the party.

The moral of the story: beware the “Auntie” in pursuit of the perfect takeout dish. She may look like a pudgy, middle-aged woman, but she is truly an unstoppable force of nature.

Nothing sums up flavorful chicken like describing it with a Texas adjective.