After the Astros made history by winning the World Series this year for the first time since the franchise came to Houston, the celebrations are rolling with a parade, flashy media appearances and even a trip to Disney World.

But now that they’re back in town, a few of the players collected an additional reward, putting their money where their mouth is – literally.

Grammy-nominated rapper and Houston’s own Paul Wall is the unofficial ‘King of Grillz,’ which you may remember as a trend a few years ago, possibly popularized by the hit 2005 song of the same name:

For those of us against putting precious metals in our mouths, grillz are individualized mouth jewelry meant to add a bit of bling to the wearer’s teeth.

After the ‘Stros won the World Series, Wall offered the team free grillz as a congratulations from him and the city; he first promised the presents on social media after the Astros beat the Yankees to win the ALCS, and, this week, players started collecting on the offer.

Alex Bregman , Lance McCullers, Jr., and Joe Musgrove posed for photos with their new Grillz, said to be made by Johnny Dang & Company – a  jewelry store co-owned by Wall and fellow Houston rapper Johnny Dang, better known as TV Johnny.

Dang reportedly designed the Grillz, reading “World Champs” across the teeth, which he said took five hours each to make and normally retail for over $80,000.

World Series Champion @LMcCullers43 checking out his new grillz with @paulwallbaby & @TvJohnny! Welcome to Houston, baby. This is how you celebrate a historic win with some bling. 🤣👍🏻 #ABC13 pic.twitter.com/LSWrZkTHs6

Wall posed for some player photos, including this one with Alex Bregman:

Smile for us, Astros! We know we can’t stop. 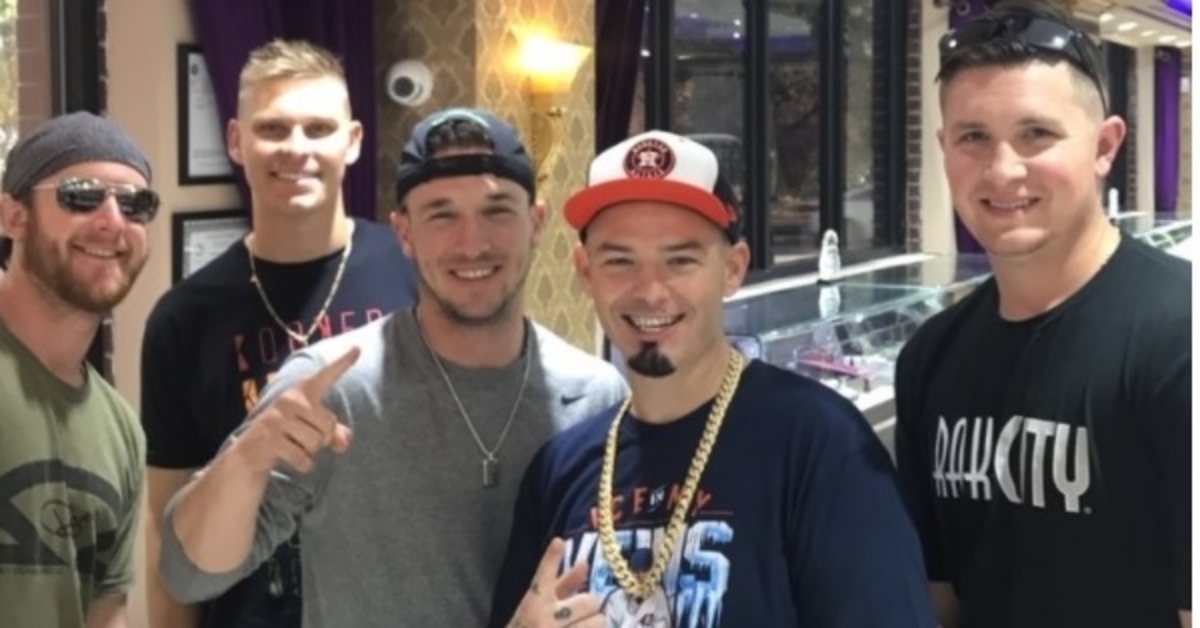