The southbound lanes of Beltway 8 are still closed 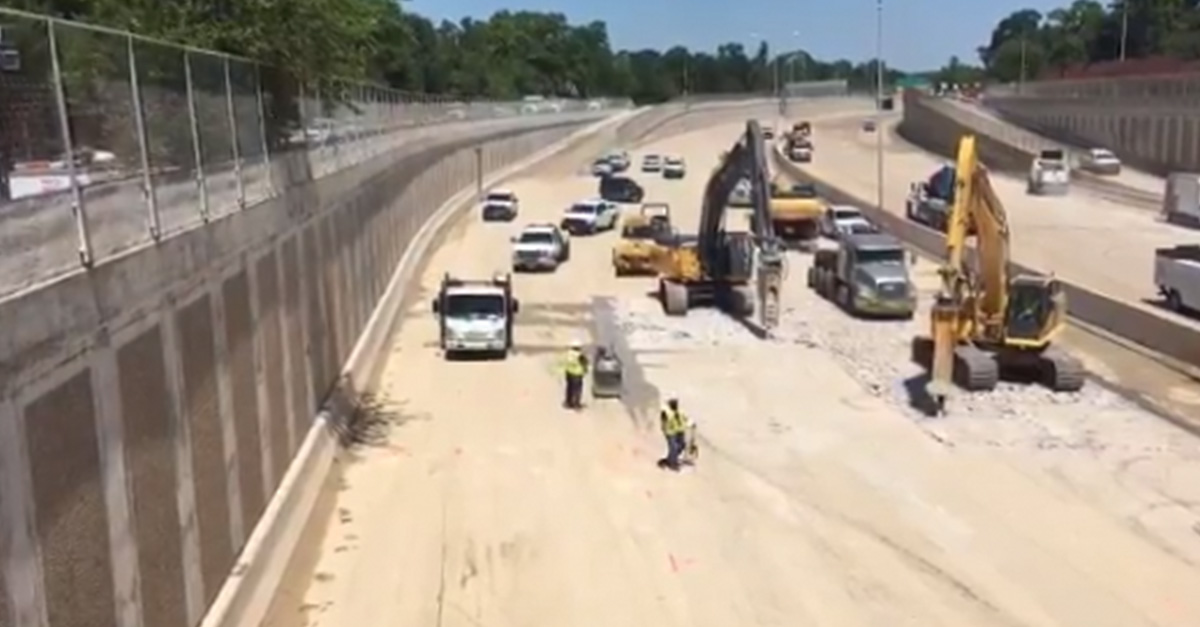 RELATED: Still under water, West Beltway may not reopen for more than 10 days

But it’s a mixed blessing–because the southbound lanes are still closed, according to ABC 13.

First traffic on the NB side of the West Belt since #HurricaneHarvey 👍🏼😊#HarveyRecovery #Houtraffic #improvement pic.twitter.com/LyS1buUlR6

While the roadway was under water for two weeks after Harvey hit, and crews did a miraculous job clearing it, the southbound side still sports a massive sinkhole–all of which means that those lanes are not ready for prime time (or morning-time commutes).

Because some feeder roads are still impassible, navigating around the highway is still challenging.

RELATED: King Kylie and her new Houston beau were spotted doing something extraordinarily ordinary near the Beltway

However, officials are optimistic that the southbound lanes will reopen sometime next week.