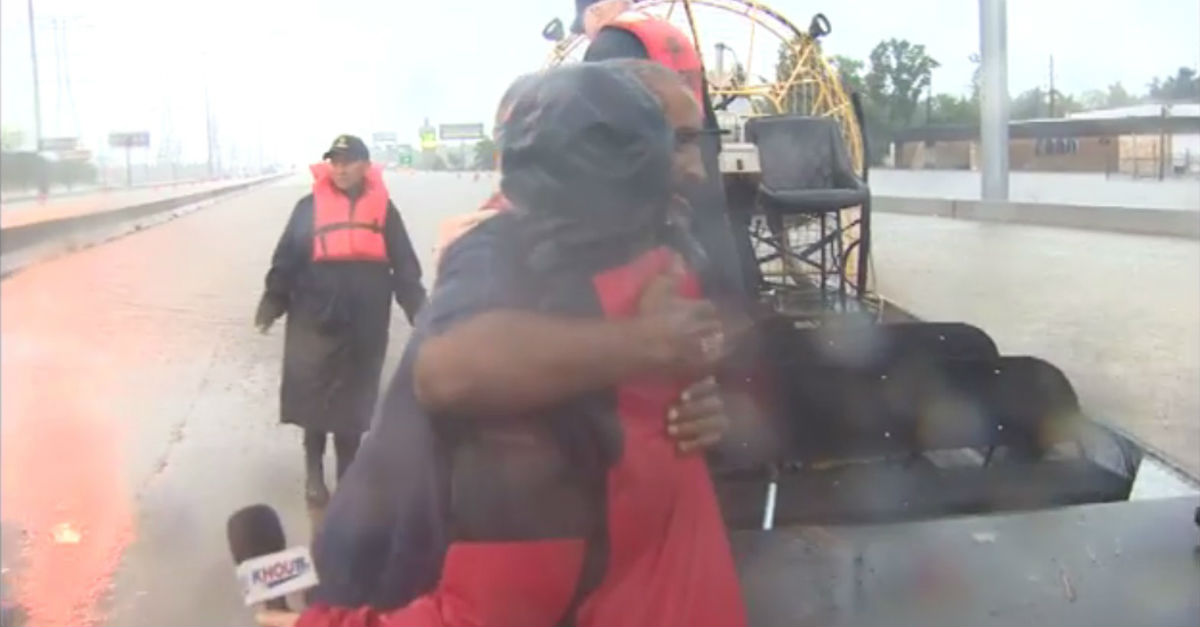 Houston reporter Brandi Smith helped save a truck driver’s life after flagging down a rescue boat during a live broadcast. The driver was stuck in of the truck cab as water slowly rose around him and into the cab.

The boat, which was headed in a different location, could not see the truck until Smith pointed them in the right direction.

RELATED: This man drove his boat to Houston to ?try to save some lives?

Smith interviewed the truck driver after whose name was later revealed to be Robert.

“What was going through your mind when you saw that water?” she asked.

Smith asked Robert for a hug after saying that another truck driver died in the same spot a year prior. The rescue efforts and the interview were caught on video.