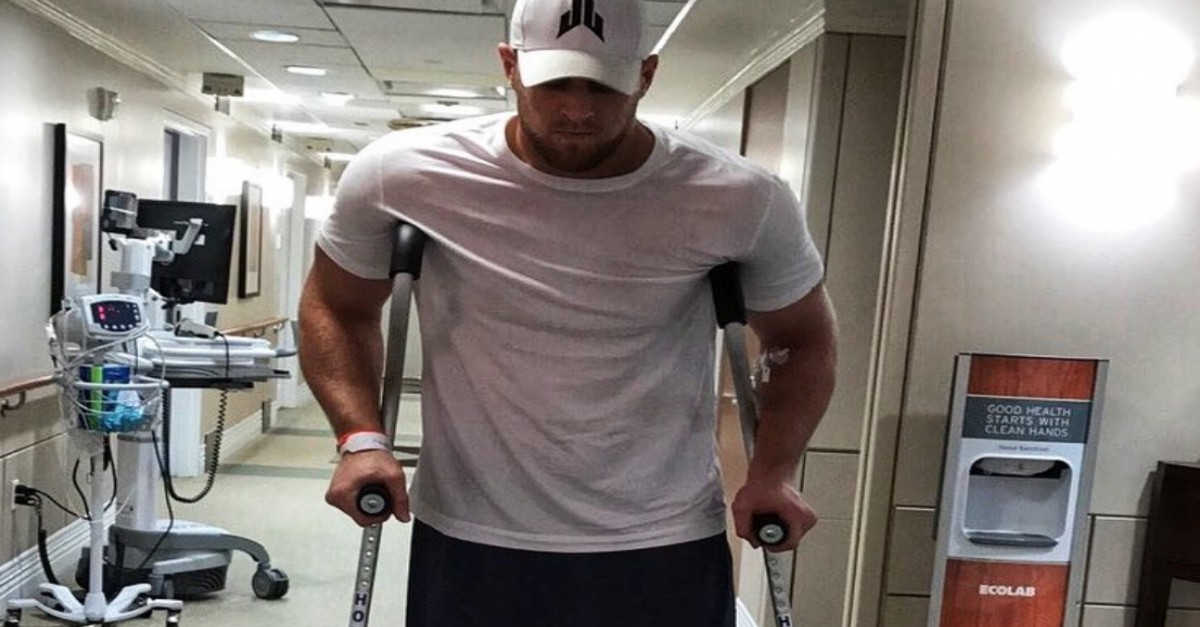 It had been three days since beloved Houston Texans defensive end J.J. Watt endured a season-ending injury to his leg.

So the Hurricane Harvey hero took to Instagram to offer his fans an update.

One step at a time.

Watt suffered a tibial plateau fracture in Sunday night’s game against the Kansas City Chiefs. His girlfriend, Kealia Ohai, was spotted with him as an ambulance ferried Watt to the hospital.

After undergoing surgery Monday, Watt posted the photo Wednesday. According to his physician, Dr. Patrick McCulloch, “after-surgery care includes six to eight weeks with no weight bearing on the joint and another six to eight weeks of therapy before resuming sports-related activity.”

All of this downtime should give Watt more of an opportunity to focus on his Harvey relief charity. After raising $37 million, Watt and his family are currently continuing to coordinate distribution of the funds.