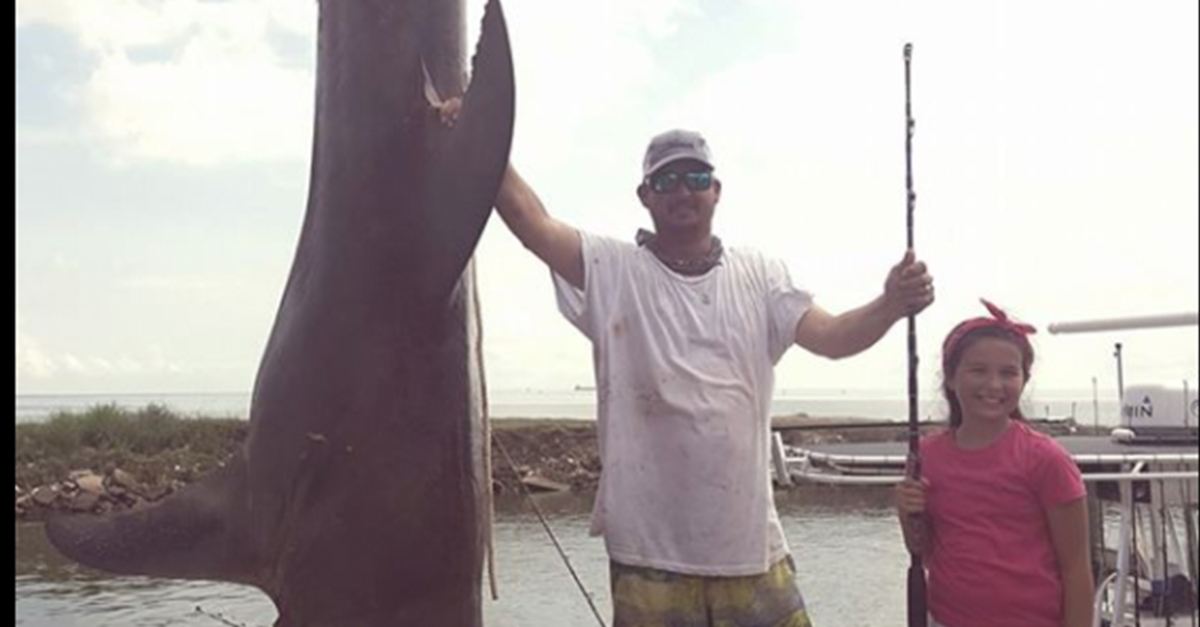 A 37-year record has bitten the dust after a massive 1,033-pound hammerhead shark was caught this weekend in the waters off Texas City during a fishing tournament.

RELATED: We’re nominating this lego animation movie of a Mario shark attack for an Oscar

Tim McClellen, of Texas City, was the skilled angler who reeled in the shark, breaking the long-standing record, according to the Texas Parks and Wildlife Department.

A photo of McClellen standing by his impressive catch was shared on Facebook by the tournament’s organizers, in which the shark is over twice as long as he is tall.

RELATED: Blood in the water: man reels in big catch for 45 minutes only to see sharks destroy it in seconds

This is one heckuva shark, and it’s not even officially Shark Week yet.