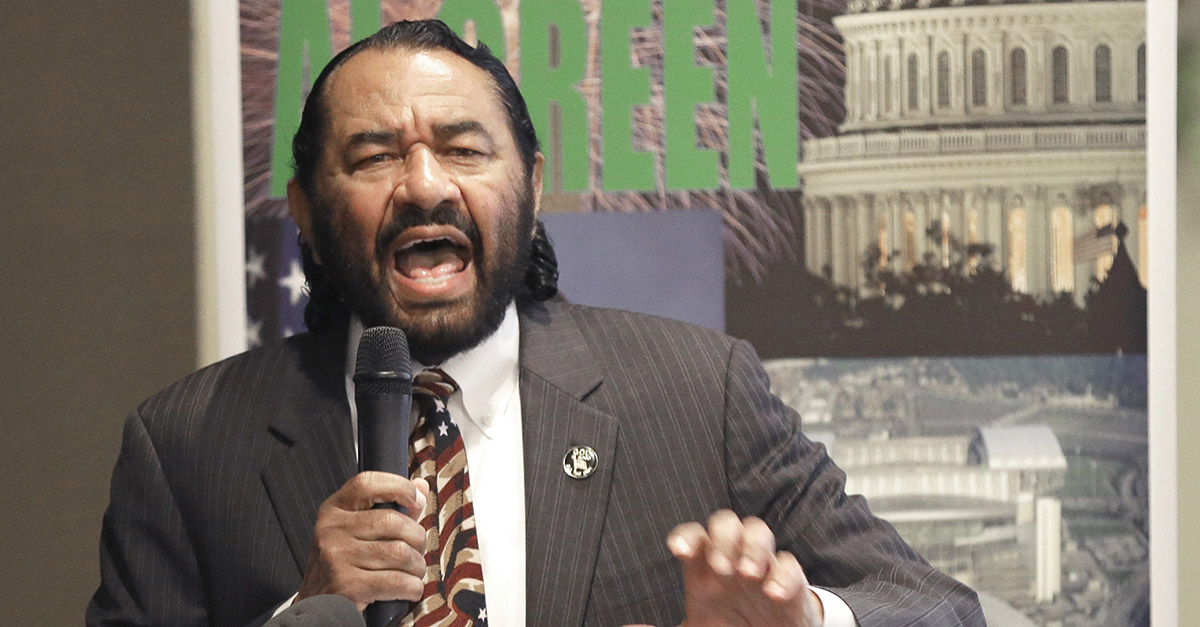 AP Photo/Pat Sullivan
U.S. Congressman Al Green, D-Texas, speaks during a forum, Tuesday, Feb. 17, 2015, in Houston. The meeting was held to help immigrants learn and prepare for President Barack Obama's immigration order in spite of an injunction from a federal judge in Texas. (AP Photo/Pat Sullivan)

Congressman Al Green (D-TX) signed a resolution Wednesday that called for the impeachment of President Donald Trump. The resolution was brought to the House floor by Brad Sherman (D-CA) and accuses the president of obstruction of justice in his decision to fire FBI Director James Comey during the agency’s investigation into whether Russian interests affiliated with the president interfered in the 2016 presidential election.

Green was the first member of Congress to call for impeachment of the president back in May. As of this writing, he and Sherman are the only members of Congress to sign the resolution. However, Congresswoman Sheila Jackson Lee (D-TX) has called on members of the House Judiciary Committee to launch an investigation into the election process, as well as calling for the president to resign.

With Republican majorities in both the House and Senate, the odds of impeachment and removal from office are slim. However, Green claims that his motivations are in the best interests of the country, and not for political gains.