In 2001, the man running against Texas state Rep. J.D. Sheffield, R-Gatesville, for the 2018 Republican primary pleaded guilty to making a pipe bomb. Challenger Chris Evans says if he’s elected, he wants to change the laws that led to his conviction.

“Growing up, I blew up tree stumps recreationally,” Evans said Thursday in a statement issued to the Texas Tribune. “After I become a legislator, I’m going to get rid of dumb laws that hassle country kids who aren’t hurting anyone.”

Evans served four years probation of an originally eight-year probation sentence, but according to the Tribune, it could still hurt his chances in the race against his opponent.

Evans received a deferred adjudication from the judge for making a pipe bomb after a former roommate went to the police, stating Evans kept homemade pipe bombs and PVC pipe in the apartment where he lived. This led to a warrant being obtained, the neighborhood being evacuated and bomb technicians dismantling the homemade explosives.

Evans reportedly told police at the time he never intended to hurt anyone with the bombs. Under his guilty plea, Evans’ probation sentence of eight years also included 300 hours of community service and required him to get written permission to leave Erath or Titus counties.

Just over halfway through his term, he was let off probation.

“I was blessed that the justice system, a practical judge, and an incredible probation officer saw the innocence of the situation,” Evans said in his statement. “As a result of this incident, I received probation, taught GED classes for those who hadn’t graduated high school, and finished my college degree.”

Evans is running on a conservative platform, calling Republican incumbent Sheffield a liberal when he launched his campaign in May. Evans is endorsed by anti-abortion group Texas Right to Life and ideologically swings unmistakably right, sharing posts from groups like The Cruz Liberty Revolution on his official Facebook page:

Evans has been campaign since may for the District 59 seat in the Texas House. 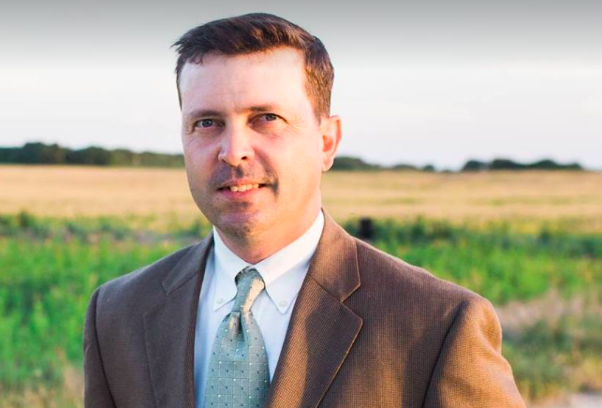