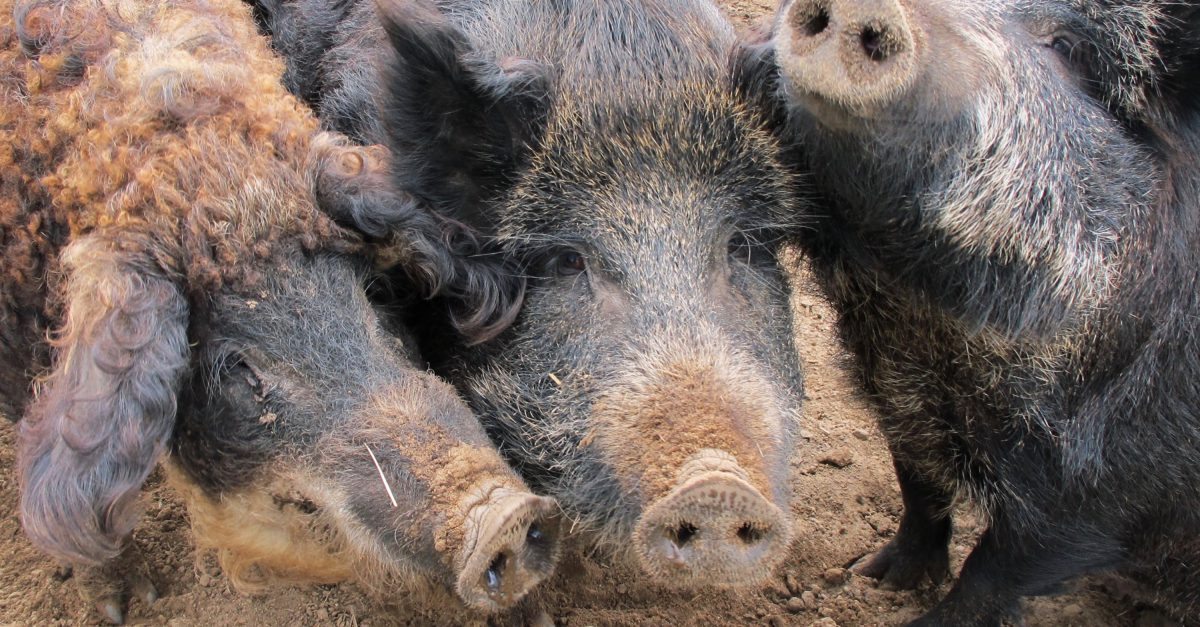 AP Photo/John Flesher
This April 18, 2012, photo shows a Mangalitsa boar, left, and two Russian swine on a farm near McBain, Mich. Known by various labels _ feral hogs, razorbacks, Eurasian and Russian wild boar _ they’re believed to be escaping from hunting preserves and becoming a menace in the wild in nearly every state. (AP Photo/John Flesher)

While some Texas hunters track down deer, geese or other animals for sport, one type of hunting is going from recreational activity to an economic necessity.

Hunters and environmental groups across the state are joining forces in effort to control the population of wild hogs.

These porcine predators are undergoing a population explosion, which is reportedly damaging farms, suburbs and even some urban areas across the state.

Researches say they eat almost anything in their path, making them a reported danger to farmers and ranchers. Their snouts enable them to dig holes up to 3-feet deep, and they are known to eat the feed ranchers leave for livestock, as well as smaller animals.

Additionally, research shows the hogs breed quickly and in large numbers; for example, a single sow can give birth to dozens of piglets in less than 10 years.

That said, scientists know wild hogs also carry diseases, including several types of parasites and a type of rabies.

Some experts consider them highly intelligent, as studies show they know how to escape hunters, avoid traps and escape capture. Studies also show they \ sleep during the day and travel at night, which can make them harder to hunt.

Texas officials worry wild hogs are evolving from an inconvenient pest to an economic crisis, with the variations of wild hogs estimated to be responsible for as much as $400 million in damages to Texas agriculture.

For the problems, state officials removed limits and seasons on wild hog hunting, allowing hunters to hunt as many of the swine as they can at any time of year.

RELATED: An Alabama man killed an 820-pound feral hog in his front yard, and the pictures have to be seen to be believed

Hunters are even taking the battle against wild hogs to the skies, reportedly using hot air balloons and unmanned drones to spot the animals.

Scientists are also said to be working on solutions, ranging from poisons to contraceptives, to keep the population under control.