Texas man gets the same tattoo as his shelter dog to show solidarity, but the Internet can’t stop laughing 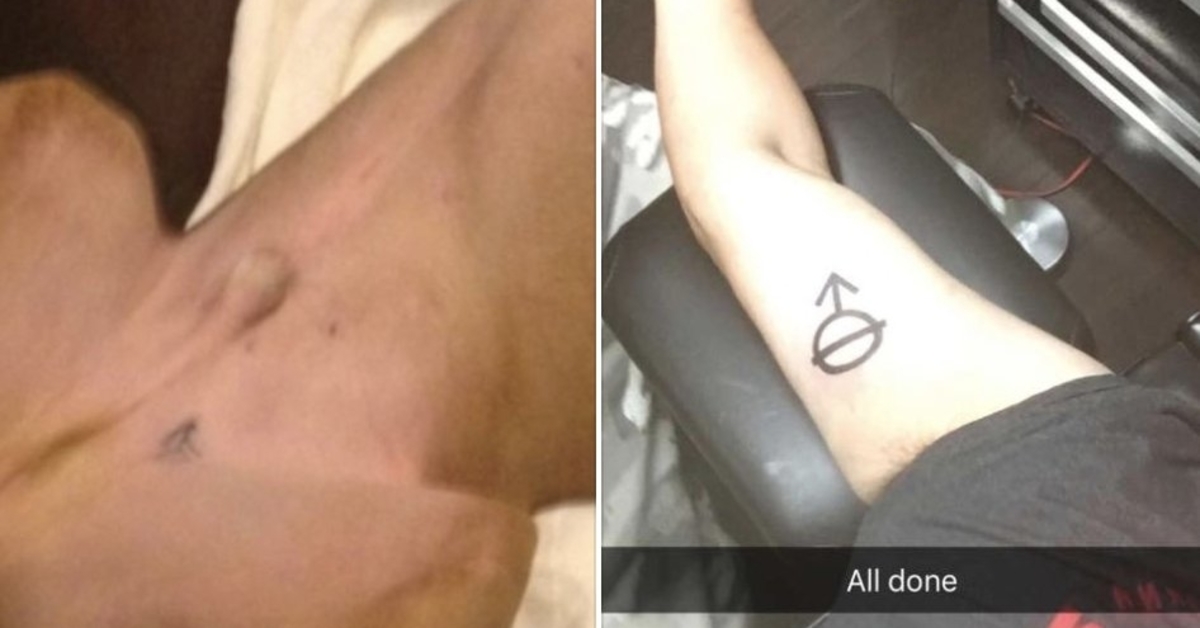 A Texas man came to a horrifying conclusion when he saw a tattoo on his shelter dog — but his act of solidarity was even more mortifying.

RELATED: Battle of the Sexes film brings the Astrodome back to life — sort of

“Those of you who know [B]ear know that he has a tattoo given to him from some previous owners,” Chris Mendiola wrote in a social media post.

Mendiola, 27, adopted his dog, Bear, in 2010. The tattoo had always bothered him, so this year he decided to get the same tattoo in solidarity with his dog.

After getting the symbol inked on his right bicep, he shared it with his friends.

Man who got the same neuter tattoo as his dog doesn't care about the hatershttps://t.co/9DKrkPaAw4 pic.twitter.com/55pSL66Ets

“It sickens me to know that people actually tattoo their pets. So tonight I got his tattoo,” Mendiola explained.

Soon, however, Mendiola learned the truth behind the image — it means his dog was neutered.

Guy from high school got the same tattoo as his dog.

As people mock him for his decision to get the tattoo and ask if he was neutered, too, Mendiola stands behind his decision.

He even claims he knew what the tattoo meant.

“We talked to our vet about the tattoo. I knew what it meant,” he told Buzzfeed.

Shelter animals are tattooed after they are spayed or neutered to protect them from unnecessary operations in the future.