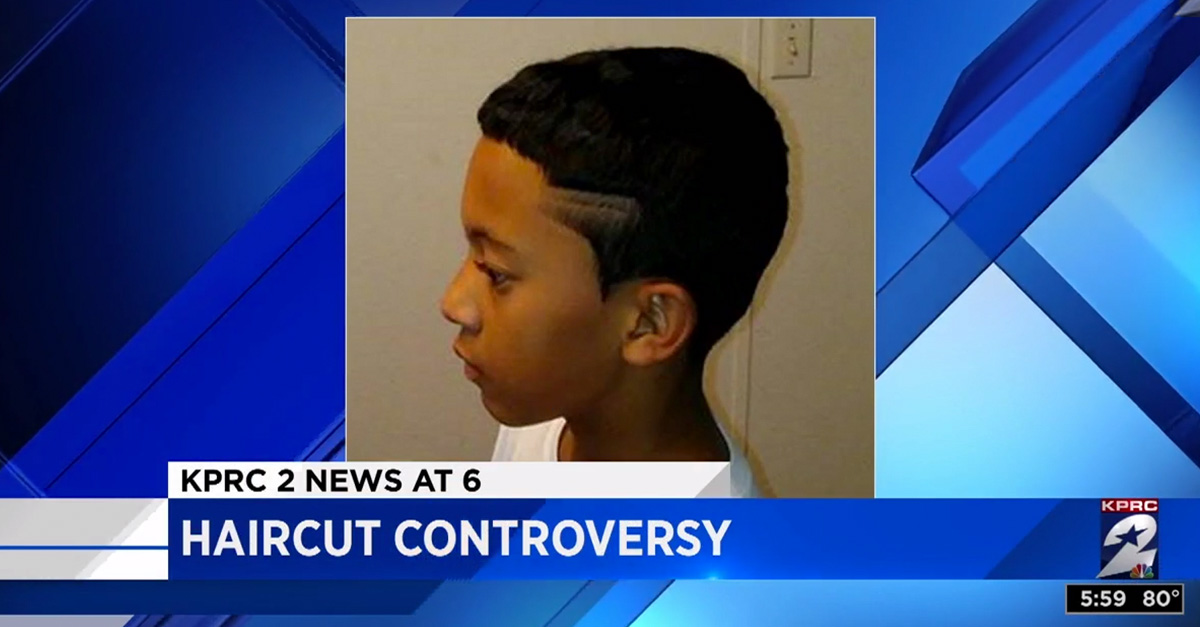 BAYTOWN, Texas — A Texas sixth-grader and his family had a tough decision to make, either get a haircut or face an in-school suspension over a style that teachers at Cedar Bayou Junior High School claim is disruptive.

Xavier Davis’ parents said he had two lines shaved into his hair for six months, but last week their son was given the ultimatum. He took one day of suspension rather than change the style, KPRC reported.

But that was enough for him.

RELATED: Someone painstakingly mapped out where the most educated people live across the nation, and the finished product is spectacular

His mother though, came up with a non-cutting solution and grabbed a Sharpie, coloring in the offending line.

“She took a Sharpie permanent marker and colored the bottom of his hair in, so in order for him to get an education, we have to treat his hair like a coloring book, I guess,” Xavier’s father, Matt Davis, told KPRC.

According to the district’s dress code, “Letters, symbols and designs beyond a single straight line which draw attention to an individual shall not be permitted. The administrator/supervisor reserves the right to determine if a hairstyle is disruptive to the educational process.”