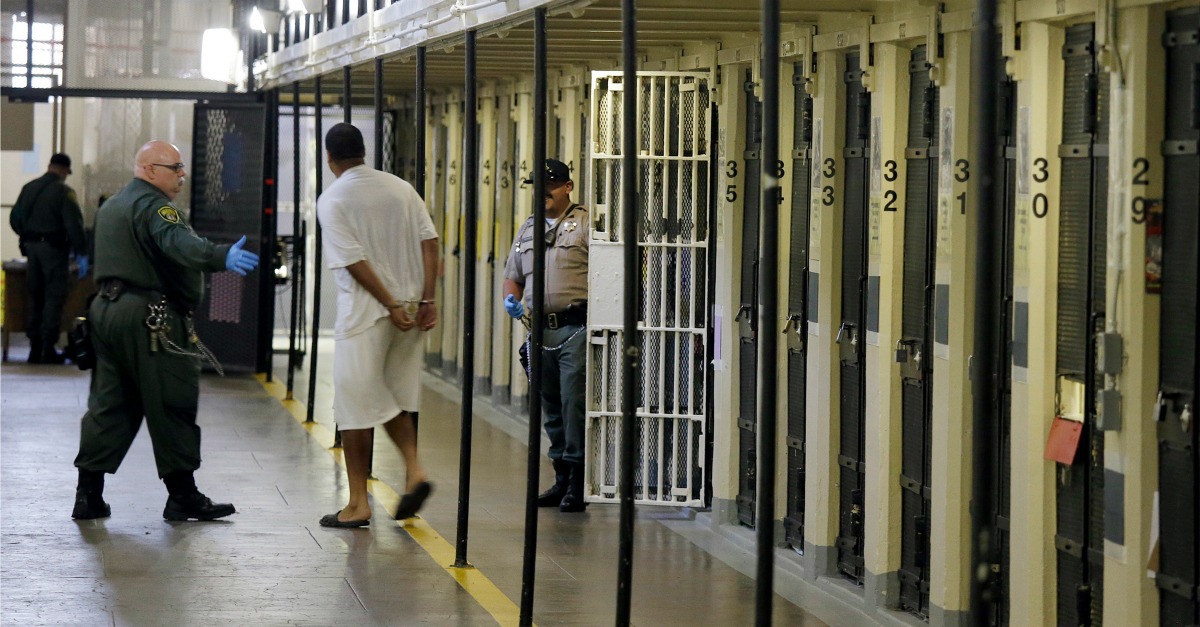 AP Photo/Eric Risberg, File
In this Aug. 16, 2016 photo, a condemned inmate is led out of his east block cell on death row at San Quentin State Prison. in San Quentin, Calif. Proposition 66, which would shorten the appeals time in death penalty cases to five years, is supported by prosecutors and law enforcement who say it will begin to clear the legal bottleneck blocking the path to the death chamber. Attorney Barry Scheck, founder of the Innocence Project, cited several cases in which condemned prisoners had been found innocent, in some cases decades after their conviction, and one after he had been executed in Texas. (AP Photo/Eric Risberg, File)

Attorneys with the Texas Department of Criminal Justice (TDCJ) and inmates at the Wallace Pack Unit reportedly reached a tentative settlement involving alleged inmate conditions in sweltering heat for a number of days above 100 degrees.

The lawsuit alleged prison authorities kept the inmates in hot cells without access to air conditioning, which endangered their health and could be interpreted as cruel and unusual punishment.

Records reveal most prisons across the state do not provide air conditioning for inmates, and the settlement calls for prison officials to install air conditioning systems for the 1,400 inmates at the prison near Navasota.

RELATED: 3 of 4 Texas prisons marked for closure have been shuttered

Jeff Edwards, the Austin attorney who sued the state on behalf of the inmates, told Houston Public Media the results of the suit against the Wallace Pack Unit could make an impact for the thousands of inmates in more than 100 prisons across the state.

Documents showed 2016 heat indices in the Wallace Pack Unit ranged in the 90s for 55 days and above 100 degrees for 13 days:

“Inmates in any unit in Texas that lacks air conditioning or climate control are going to be in danger,” Edwards said in an interview.

He went on to say prisoners with chronic health issues, such as heart disease, diabetes or mental deficiencies, would be in serious danger from prolonged exposure to Texas’ heat and humidity.

A spokesperson said the department would comply with the order by installing temporary air conditioners this summer, while working out details on a permanent solution at a later date.