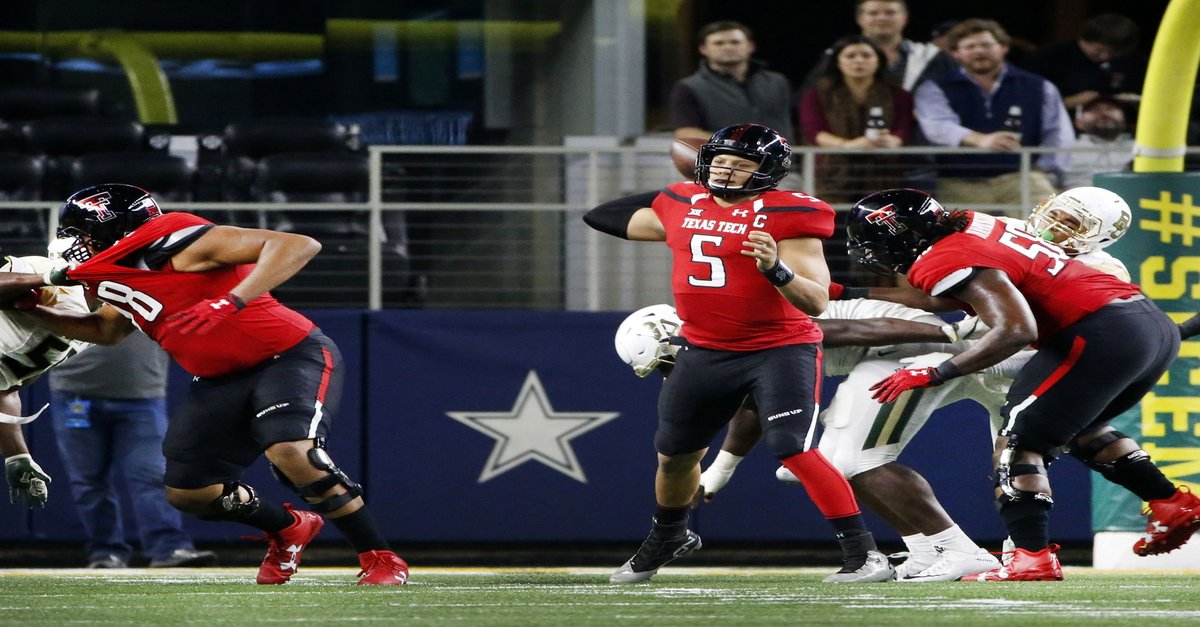 Houston’s buyer’s remorse might slowly be setting in after our hefty investment into Texas Quarterback Brock Osweiler.

Among the contenders ahead of this week’s NFL Scouting Combine is Texas Tech’s QB Patrick Mahomes, and while he isn’t the offensive tackle the Texans may need more immediately, he’s got a very certain set of skills that could take Houston to the next level.

Last season, the Texans made it to the second round of the playoffs and won their fourth AFC South division title. However, with a lackluster 9-7 record, it’s clear there may be better options for our future.

Mahomes is coming from three years at Tech where the Air-Raid style offense developed his impressive arm strength and field mobility. He threw for over 5,000 yards and 41 touchdowns this season. At 6’3” and 230 lbs., he’s not bad to look at either.

With such a diverse arsenal, Mahomes could remind the Texans that, instead of solely relying on JJ Watt and the defense, throwing the ball is sometimes an option.

All of these wild possibilities are just hypothetical, though, because Bill O’Brien clearly only has three to five plays he knows and is comfortable with. Not to mention, the Whitehouse, Texas, native is among the favorites at the Combine and could easily be selected by the 24 other teams slated to choose before the Texans.

Even if Mahomes has to move to Cleveland, Texas Tech will still be making its mark on Houston with alumni and former Patriots’ player Wes Welker joining O’Brien once again in the NFL as the Texans’ newest offense and special teams assistant coach. If you didn’t know, Welker is Pretty Damn Tough. #techgreeklife

Mahomes is just at the beginning of his career, but with a little bit of development, this young man could absolutely step up as a team leader and become a franchise player for Houston.

No word on which Papa Johns Watt is willing to give up at this time.