The famed Tuskegee Airmen have lost another cherished brother 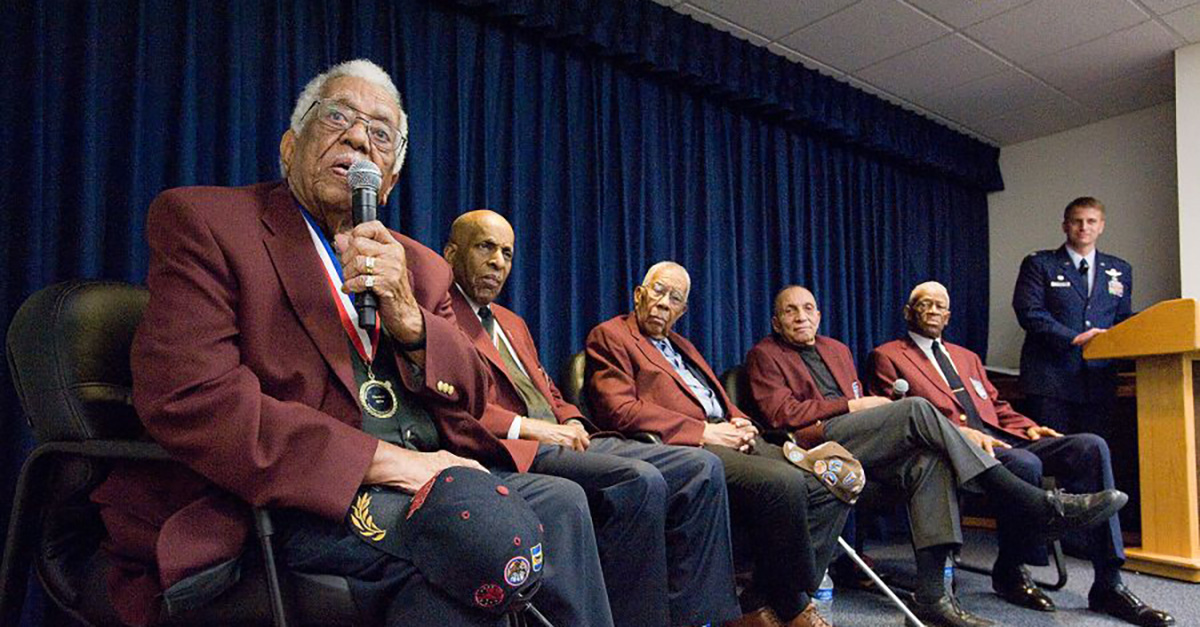 The Tuskegee Airmen lost a proud member Jan. 2 when former Sgt. Maj. Thomas Ellis died of a stroke at the age of 97.

The first all-black Army Air Forces unit is now down to five surviving members, who live in San Antonio. Ellis, a native of San Antonio, was a draftee who went on to serve as a top administrator with the Tuskegee Airmen, and he took pride in the unit’s record — 15,533 sorties, 112 aerial kills, three Presidential Unit Citations and 96 Distinguished Flying Crosses.

Ellis had a reputation for being easygoing, but he was frustrated by the racism black servicemen endured from white officers during World War II, and that pushed him to prove that the Airmen were always up to the task.

Sgt. Maj. Thomas Ellis was one of the six surviving Tuskegee Airmen & a San Antonio resident. He passed away Jan. 2 at 97. His life story, told by @saddamscribe ➡️ https://t.co/R3cZQfrWCx pic.twitter.com/tJSV4hhpnQ

The organization has 1,400 members in the U.S.; roughly 20 of them were pilots in the storied unit.

RELATED: One of the last original flight instructors for the Tuskegee Airmen has died at 96

“He realized he was in the segregated military at the time, and so he was very aware all eyes were on those guys to do well,” Sinkfield said.

Ellis rose to staff sergeant and became an integral member of the 332nd Fighter Group. His unit deployed to Italy, where Ellis went on to earn seven battle stars, and he left the Army as a sergeant major.

When he returned home, Ellis eventually went to work for the U.S. Postal Service and remained there until 1984.

RELATED: When a Tuskegee Airman was robbed twice in one night, the St. Louis Cardinals stepped up to the plate

Ellis’ true love was jazz music. A fine piano player, he led a quintet that Sinkfield, who also heads the Tuskegee Airmen’s San Antonio chapter, said played all around the San Antonio area and was well known to people throughout the city.

“[H]e could play that piano like it was just his baby. He was just a natural,” Sinkfield recalled. “He was quite the musician.”