A controversial DWI arrest in Conroe sparked allegations of brutality from the family of a man who was detained on July 4.

But a new dash-cam video released by police tells a different story.

Adrian Salazar, 22, is charged with driving while intoxicated and resisting arrest. Police said he admitted to having four drinks before he rolled the pickup truck.

Salazar is facing his second DWI charge as well as resisting arrest, and, on Monday, Conroe police countered claims of brutality being made by his family.

Police said they were called to the scene of a crash about 7:00 p.m. on Independence Day in the 1600 block of Airport Road, where they met with a person who resisted arrest.

Eventually, two people, including Salazar were arrested. Luis Pineda, 27, was the other person arrested.

In the dash-cam video, the arresting officer can be seen tackling Salazar, both tumbling to the ground.

“The officer looked like he had so much anger towards me,” Salazar said in an interview. “(W)ithout even me doing nothing to him,”

Footage shows an officer punching Salazar before placing him in handcuffs.

Onlookers were outraged at the use of force, but the police beg to differ.

RELATED: A fellow driver’s dash cam shows a drunk mother pulling a terrifying stunt with her toddler in the back seat

“That officer was just minding his own business, answering a call for service to protect the citizens of this community, and the next thing you know he’s in a fight. And I think he handled himself professionally,” Conroe Police Department Chief Philip Dupuis said in a statement. “When he grabs him to detain him, he spins out of it and comes at it. He grabs him and they roll into the ditch.” 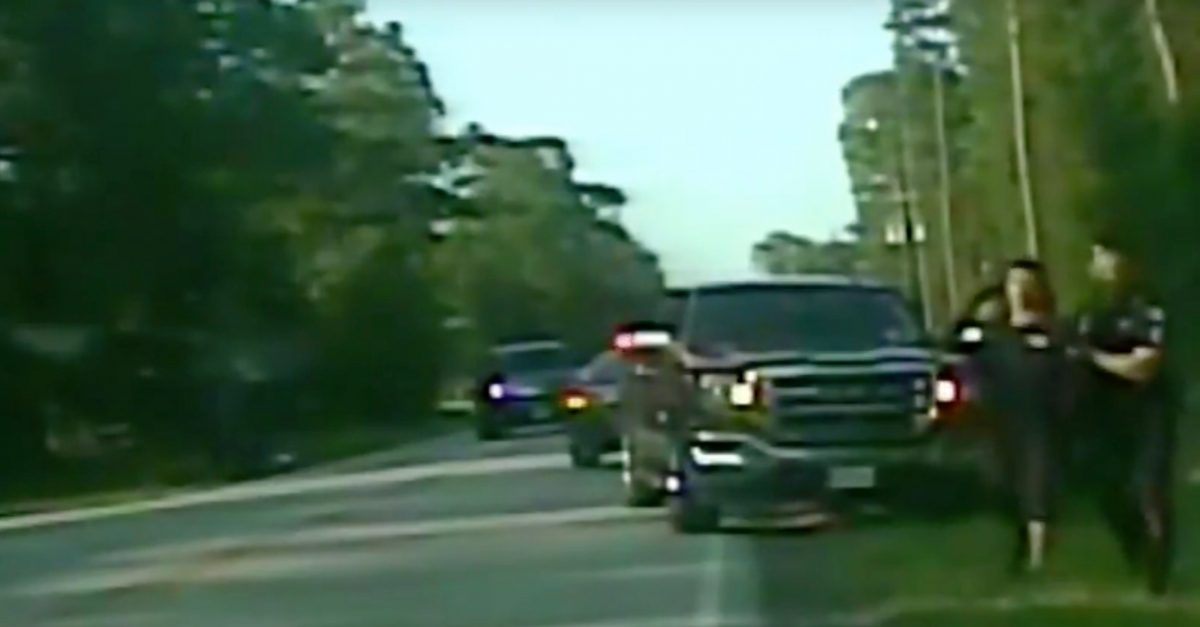