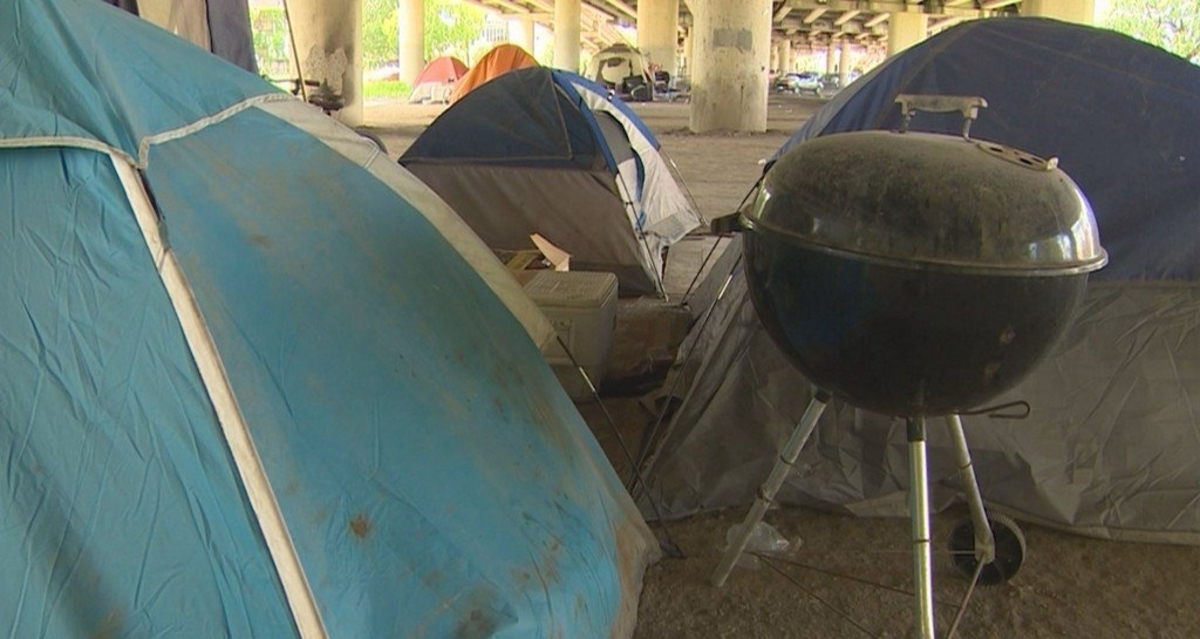 While cleaning up a city is revered by many as a public good, this news is a cold comfort to the homeless who reside in Midtown’s “Tent City.” The “city” is being cleared out this week after the city of Houston ordered those who call the underpass at Highway 59 “home” to pack up and leave.

?How can you tell homeless people to leave from a spot that?s not even deemed a home, and just come back later?? Renesha Allen told KHOU. Allen has lived in “Tent City” for the past two months.

RELATED: Man recovering after being struck by MetroRail downtown

According to the city of Houston, the order is necessary to sterilize possible contamination. Houston’s Health Authority says that city crews must clean out the area to remove human waste, trash, and bugs.

The city posted signs Monday delivering the order. Anything left behind by 8:00 a.m. Thursday morning will be thrown in the trash; however, the city will store items placed in a garbage bag for 90 days free of charge. Items like chairs, mattresses, and couches are not permitted due to the risk of contamination.

City orders homeless out by Thursday for cleanup https://t.co/PMfftlmXnD pic.twitter.com/3Mx65pefQ9

Crews will begin cleaning under the Highway 59 overpass Thursday between Caroline Street and Almeda Road.