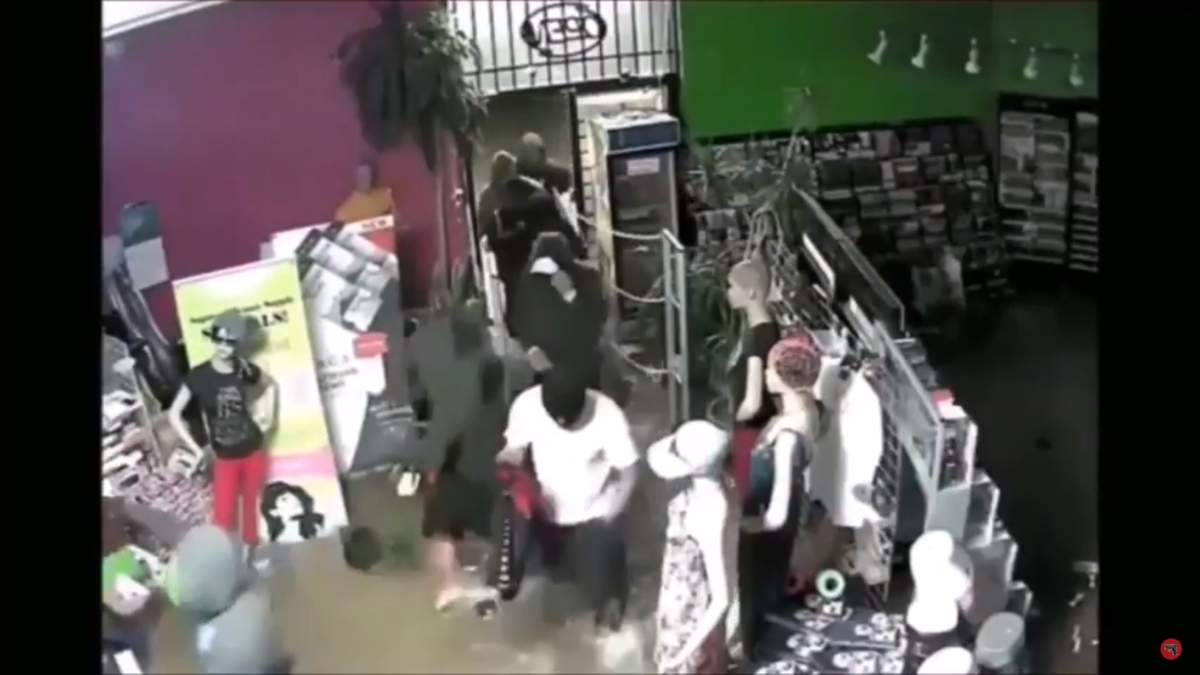 The Houston Police Department released surveillance footage of looting suspects in hopes someone will recognize who participated in the crime.

Footage collected at Supreme Beauty Supply, located at 4702 Lockwood Drive, shows a group outfitted in hoodies and sweats. They entered the business Aug. 29 under the cover of night and stole merchandise, wading through the remaining Harvey floodwaters in the shop.

The suspects were driving a grey Chevrolet Tahoe. Later, two suspects returned to the store with a boat.

Police identified one of the suspects as Markeith Whiting, who is currently wanted for burglary of a building.

Supreme Beauty Supply was looted multiple times during Harvey, and the individuals depicted in the footage are believed to have hit the store several times that night.

A week after Harvey, more than 40 people had been arrested for looting.

Harris County District Attorney Kim Ogg  assured the public the looters would be prosecuted under a special state law that allows for enhanced punishments for their crime. This law allows for up to life in prison for looting after the storm.

Several videos of looting were shared after Harvey.