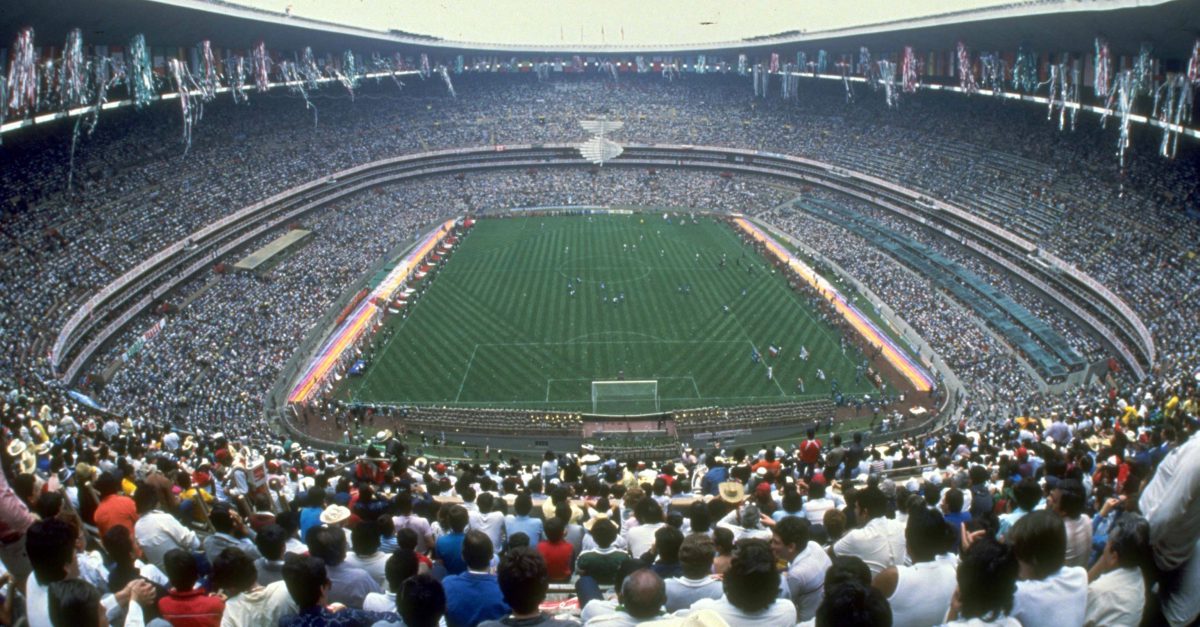 AP-PHOTO
Mexico City's Azteca Stadium, the main stadium of the Mundial with a capacity of over 110,000 seats, pictured during the opening of the World Cup on May 31, 1986. (AP-PHOTO)

MEXICO CITY ? The NFL has extended its commitment to Mexico by announcing Sunday that the league will play a game here each year from 2019-21.

The league and the Ministry of Tourism announced the agreement shortly before the Oakland Raiders took on the New England Patriots at Azteca Stadium in the second game of a current three-year deal that expires after next season.

The Raiders also played here last year against Houston in front of an enthusiastic crowd of 76,473 people.

The Ministry of Tourism said hosting NFL games provides an economic impact to Mexico City and the country from fans who travel for the game. The NFL also holds a fan fest leading up to the game, as well as other promotional events.

The NFL is trying to increase its international presence. The league has been playing games in London since 2007 and had four games there this season.

The new agreement with Mexico still needs to be finalized before it is signed. The announcement did not specify where the games will played or what teams will come. There is also a new stadium in Monterrey that could host an NFL game.

There has been no announcement of which teams will play in Mexico next season.

The NFL played its first regular season game in Mexico City in 2005 when the San Francisco 49ers took on the Arizona Cardinals.

RELATED: In case you were wondering, people still aren?t happy about the border wall