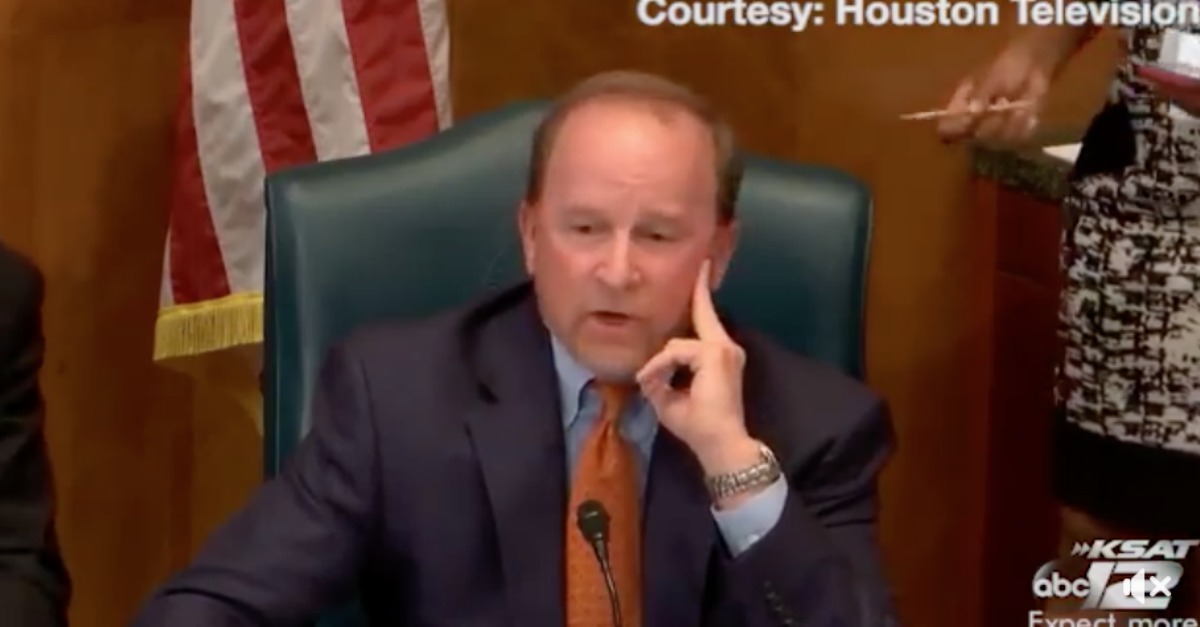 A Houston city councilman unloaded on the Red Cross and other entities in an angry monologue during a city council meeting Wednesday.

“I beg you not to send them a penny,” councilman  said of the Red Cross. “They are the most inept, unorganized organization I’ve ever experienced.”

While the organization does have a shelter near Martin’s hard-hit Kingwood area of Houston, he continued to rail on its underwhelming effort.

“Don’t waste your money,” he said. “Give it to another cause.”

And Martin’s not the only public official who is anti-Red Cross. Harris County Judge Ed Emmett thought the organization so disorganized that he assigned another nonprofit to set up a shelter at NRG Park.

RELATED: For the homes that are still standing, Houston’s housing market is still chugging along after Harvey

However, no one was immune to Martin’s rant. He also faulted his hometown of New Orleans — and its mayor — for not sending trucks to help in the relief effort.