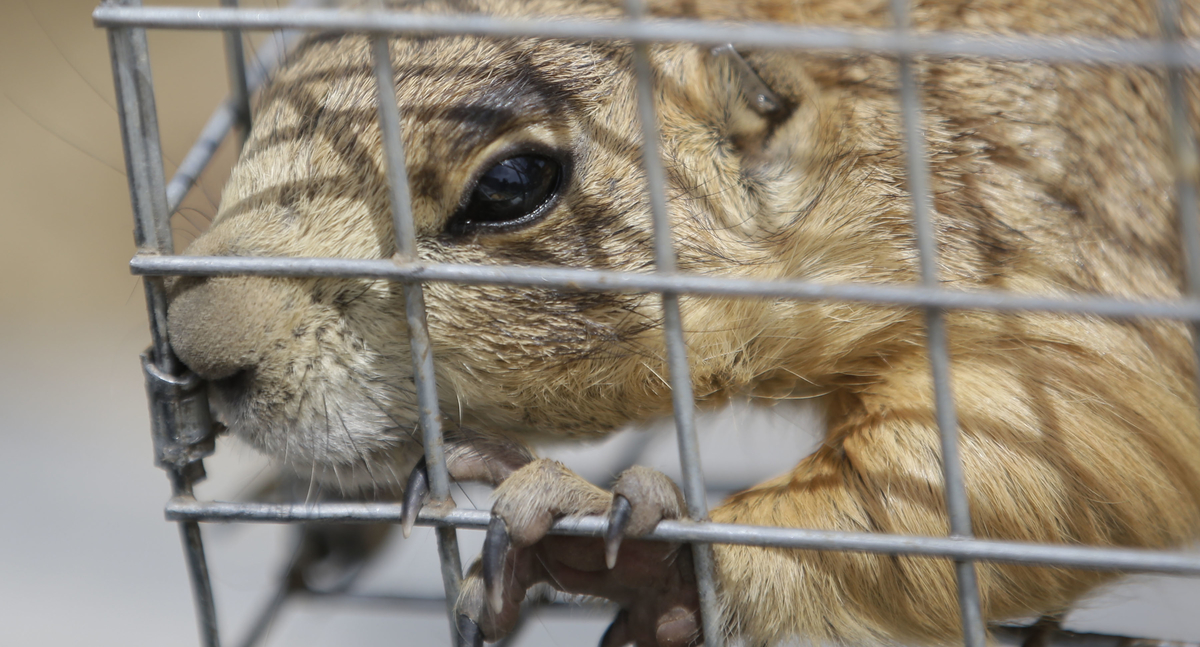 AP Photo/Rick Bowmer
In this Aug. 6, 2015, photo, a prairie dog is caged, in Cedar City, Utah. State biologists were out this summer rounding up prairie dogs that have overrun a small southern Utah town and moving them where they cant wreak havoc. Once theyre caught, the creatures are weighed, tagged and trucked some 25 miles away, onto federal land covered with sage and golden yellow grasses. (AP Photo/Rick Bowmer)

The same plague virus that wiped out sixty percent of the European population during the black death is now sweeping through West Texas prairie dogs.

As a safety measure, the refuge has closed down two areas in the park, including Paul’s Lake.

?To protect our visitors, we have voluntarily closed the area where plague has been found. It is well marked and we are asking the public to respect all signs and closures for their own safety,? the park’s manager Jude Smith explained in the statement.

The outbreak is currently limited to two prairie dog populations.

While the plague can be transferred from the infected animals to humans or other animals through infected flea bites, park officials ensure the public that it is still safe to visit the open areas. If they bring pets with them to the park, they should take measures to protect their pets from fleas.