The tech industry is making Texas richer, but major company execs are objecting to some of the State’s moral policies 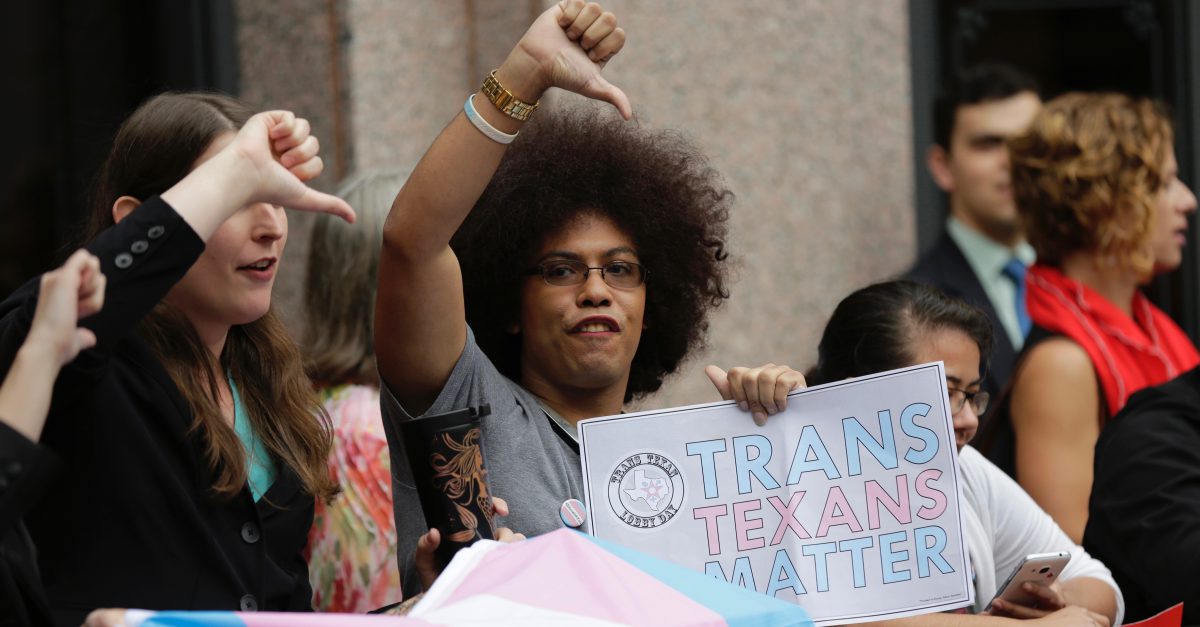 AP Photo/Eric Gay
Nicole Perry joins other members of the transgender community who oppose Senate Bill 6 in a protest at the Texas Capitol as the Senate State Affairs Committee holds hearings on the bill, Tuesday, March 7, 2017, in Austin, Texas. The transgender "bathroom bill" would require people to use public bathrooms and restrooms that correspond with the sex on their birth certificate. (AP Photo/Eric Gay)

Conservative Texas lawmakers have been fighting tooth and nail to pass a controversial “bathroom bill,” which, in one of its latest forms, would prohibit public school children from using their gender-identified bathroom if other students are around.

While this compromise was the product of weeks of negotiations, a deal may be falling apart, with the Regular 85th Session of the Texas Legislature set to wrap on Sunday and the State Senate recently rejecting the bathroom bill variation for being “too watered down.”

RELATED: After hours last night, Texas House Members came to a deal and passed an amendment version of the “bathroom bill”

The latest issue is whether a bathroom bill, like the highly controversial one pending in the Texas House at this time or North Carolina’s similar bathroom bill law passed last year, would cause Texas economic harm through boycotts or other national strife.

North Carolina was forced to repeal their legislation or lose out on valuable NCAA profits that Duke and the University of North Carolina bring to the tar heel state every year — an estimated $3 billion.

“IBM has a longstanding commitment against discrimination in any form and believes that an inclusive and welcoming environment is the best way to attract talented individuals to our company,” the company published in a statement last week. “As a major employer in the state, we urge the Texas legislature and Governor Abbott not to pass or enact laws that will allow for the discrimination of any person based on who they are. These laws do not reflect IBM’s values of diversity, acceptance and inclusion that we have upheld for decades, and they have no place in the 21st Century.”

Despite the widespread opposition, the bathroom bill has been a top priority for Gov. Greg Abbott.

Abbott threatened to withhold must-pass legislation, including a budget, if the bathroom bill is not passed, which could lead to a special session to complete legislative business.

RELATED: Conroe City Councilman proves why Texas needs SB 6 – the bathroom bill – after getting trapped in a water closet