The Texas Senate wants to leapfrog Congress and amend the U.S. Constitution themselves 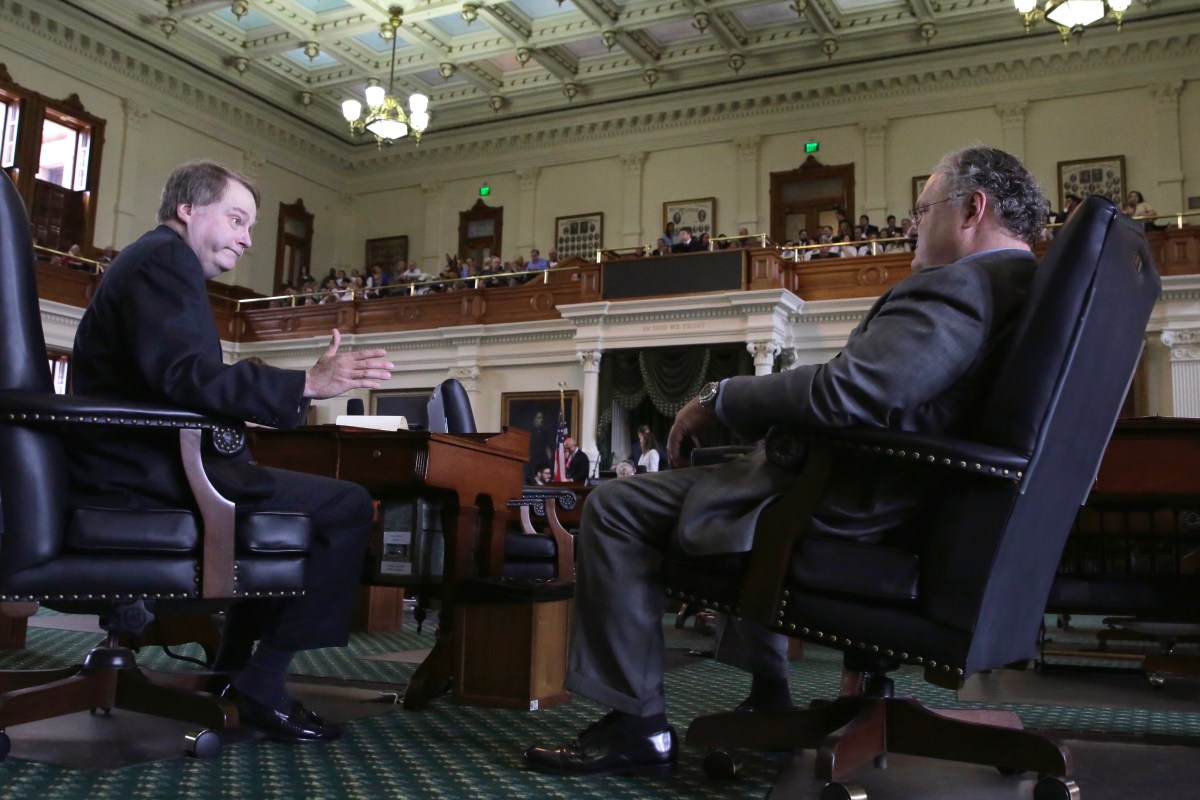 AP Photo/Eric Gay
Texas Sen. Brian Birdwell, R-Granbury, left, visits with Sen. Craig Estes, R-Wichita Falls, in the senate chamber, Feb. 28, 2017, in Austin, Texas. The senate is expected to preliminarily approve a call for a "convention of states" that would amend the U.S. Constitution and impose things like a federal balanced budget requirement and term limits Tuesday. (AP Photo/Eric Gay)

Texas is tired of Congress, and they want to amend the nation’s Constitution themselves.

RELATED: A conservative’s guide to an Article V convention of the states

On Tuesday, the Texas Senate preliminarily voted 20-11 along party lines to call for a Convention of States, which permits constitutional amendments in certain situations (SJR 2).

Under Article V of the nation’s highest document, if 34 states agree to a Convention, amendments could be authored and adopted to the U.S. Constitution once ratified by 38 states.

The 20 Texas Republicans voting in support of the initiative have openly stated their support for amendments to the U.S. Constitution to rein in and limit federal power. Specifically, SJR 2 would “impose fiscal restraints on the federal government, to limit the power and jurisdiction of the federal government and to limit the terms of office of federal officials and members of Congress.”

A Convention of States could be the only means of passing such amendments, because why would Congress ever vote to limit their own authority?

Twenty-nine states have endorsed a Constitutional Convention, and momentum in the Texas Senate is strong. However, despite Governor Greg Abbott’s strong support, the fate of the legislation is uncertain for a final vote this week and in the Texas House.

Here’s hoping any convention we have ends up being at a Sandals.