These Houston firefighters are suing the city over their contract 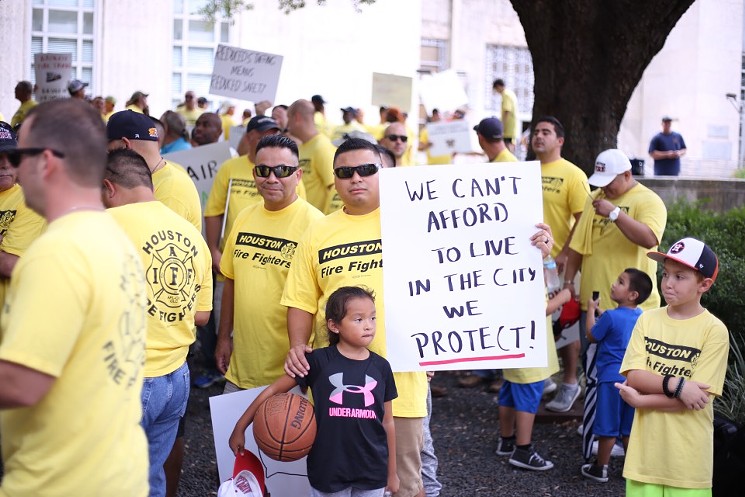 Mitchell Nguyen, Houston Press
Members of the firefighters union protest outside Houston City Hall after the approval of a new employment contract.

The Houston firefighters union and the City Council have been going back and forth for months disputing an employment contract for the city’s firefighters and, on Wednesday, the Council finally approved one that prompted a lawsuit.

RELATED: Go Inside the Blaze on an Exercise With Real Firefighters

A temporary employment contract was in place, but that ends on Friday, the end of this fiscal year. The new contract offers less than the previous one: less flexible overtime and holiday pay, and no further contribution by the city into the firefighter’s medical fund. These changes led the Houston Professional Fire Fighters Association to file suit. The city of Houston currently employs around 3,800 firefighters, according to the Houston Press.

This is the second lawsuit filed by the union. The first was after Houston’s pension reform plan got through the Texas legislature. It lowered the retirement benefits of city employees, which includes firefighters. The lawsuit did not prevent the governor’s signature on the plan in May. In the latest lawsuit, the union wants the city to enter into arbitration proceedings. So far, it has refused to do so.

RELATED: After 36 Die in Warehouse Accident, the Owner Seems to be Blaming Firefighters.