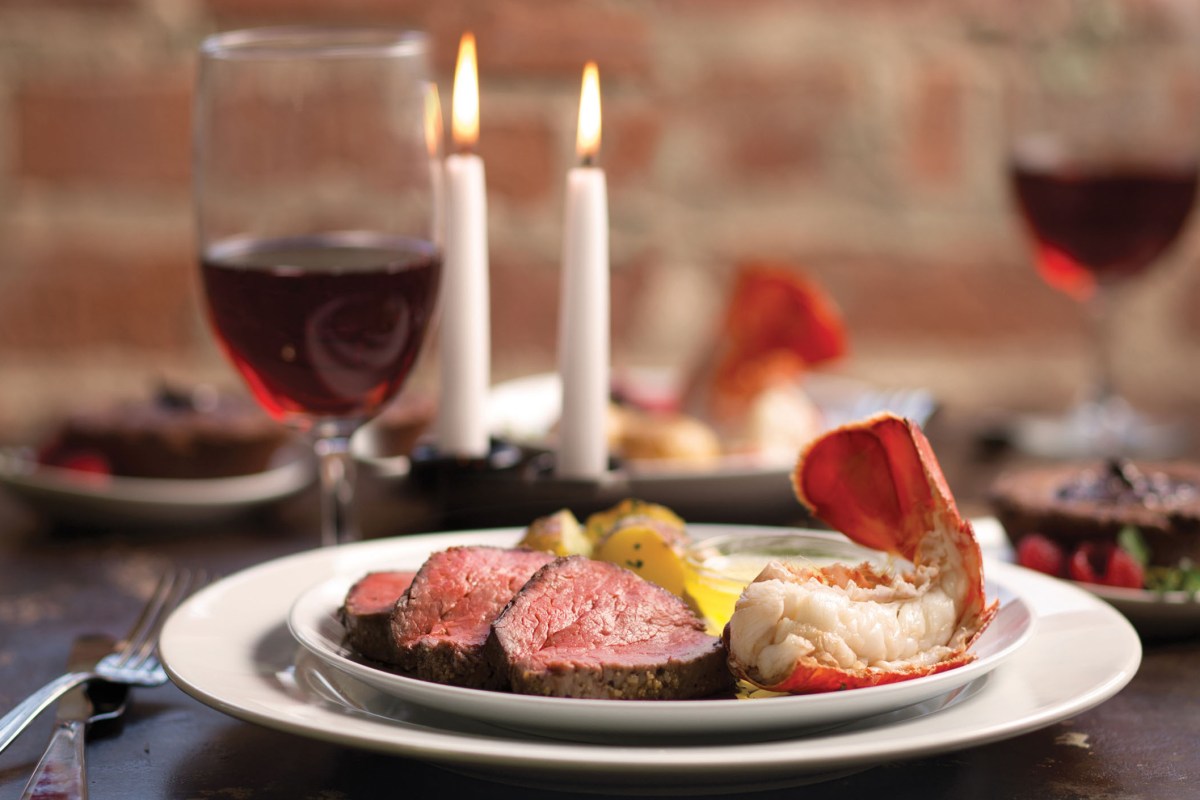 Rare Media Library
When it comes to Valentine's Day, the majority of Americans would enjoy a romantic dinner for two at home with steak and lobster as top choices for what's on the menu. (PRNewsFoto/Omaha Steaks) THIS CONTENT IS PROVIDED BY PRNewsfoto and is for EDITORIAL USE ONLY**

From po’ boy sandwiches to fine dining experiences, Houston has it all when it comes to restaurants, and many are creating their own fundraising efforts for victims of the largest natural disaster in U.S. history.

For those who love classic New Orleans-style sandwiches, Antone’s is celebrating its 55th anniversary by offering its Original po’ boy sandwiches for only 55 cents this week.

The promotion also includes the Super Original for $1.55 and all of the deli and hot sandwiches (except for fried po’ boys) for $5.55. A portion of the proceeds from the promotion will go to the Houston Food Bank.

The downtown location of SeaSide Poke has been offering its bowls of seasoned raw fish to hungry emergency workers during and after the storm.

This week, SeaSide Poke will host a ?Bowls to Rebuild? fundraiser. The restaurant will donate $1 for every bowl sold from now until Friday, Sept. 15, to Rebuilding Together Houston, a charity that repairs homes for elderly and low-income homeowners.

The dim sum restaurant Yauatcha will also be donating a portion of their proceeds from selected menu items to Mayor Sylvester Turner’s Hurricane Harvey Relief Dund.

The restaurant will donate 15 percent of the sales on selected cocktails, deserts, and dim sum menu items.

Rainbow Lodge will be hosting a wine-and-dine event Wednesday, Sept. 13. The event will include vintages from Napa Valley?s Miner Family Winery, as well as dishes such as buffalo brisket, smoked redfish dip canapes, and pulled pork sliders.

Tickets range from $35 to $40, with proceeds going to the Houston Food Bank.

Reserve 101 will also be hosting a fundraiser Thursday, Sept. 14, in conjunction with a tasting event. The posh whiskey bar will host a tasting of the new releases from Ardbeg and Glenmorangie. The event will also feature brand ambassador Dan Crowell.

The entire $40 ticket price will go toward the Houston Food Bank.