These Texans try Chipotle’s new queso dip so you don’t have to — though let’s be honest, you will 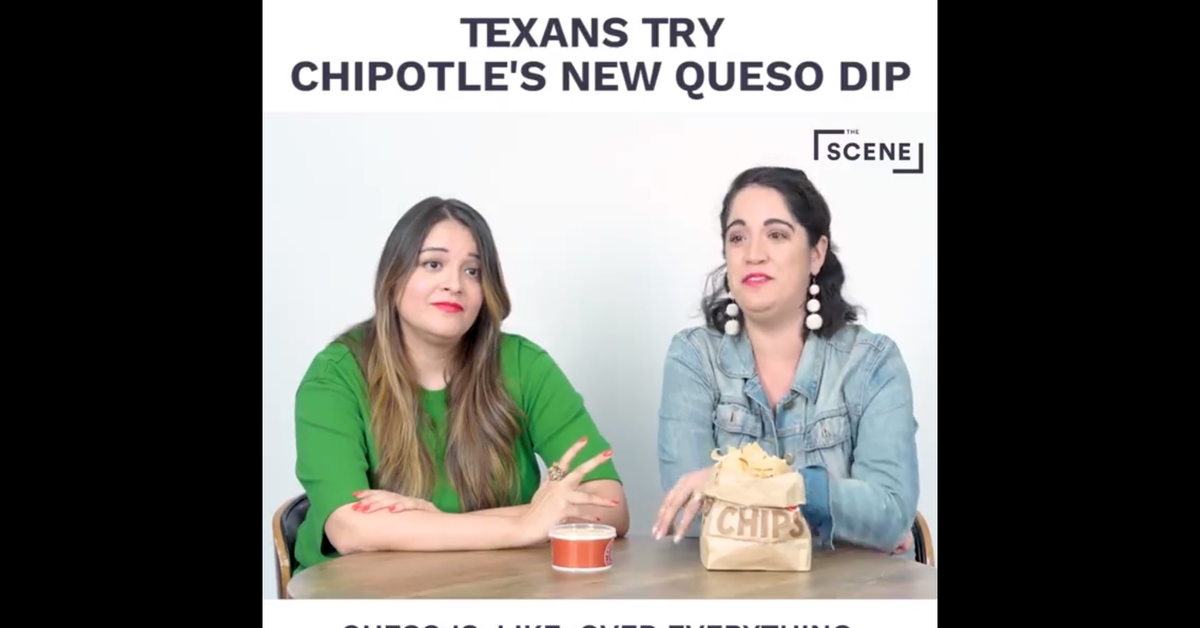 Screenshot of The Scene's Video

The Scene promises to bring videos to “women who get it,” but their recent clip about Chipotle’s new queso dip is more about how Texans are the only people who should be put in charge of queso dip.

RELATED: After an opinion piece declares that Tex-Mex is disgusting, Texans grabbed their pitchforks (and regular forks)

“Texans Try Chipotle’s New Queso Dip” will make you want to go out and get some real queso.

The lovely folks at The Scene hilariously contrasted the reactions of Texans with those of non-Texans, who had a very different perspective on the new “queso” sauce.

Guilty of not being real queso.

One of the best reactions to the sauce comes from a woman who slightly wrinkles her nose before saying, “It tastes like they didn’t finish it.”

RELATED: This Houston suburb has the most Mexican restaurants per capita across the U.S.

Check out the full video, then let us know what you think about Chipotle’s attempt to capture the magic that is queso.